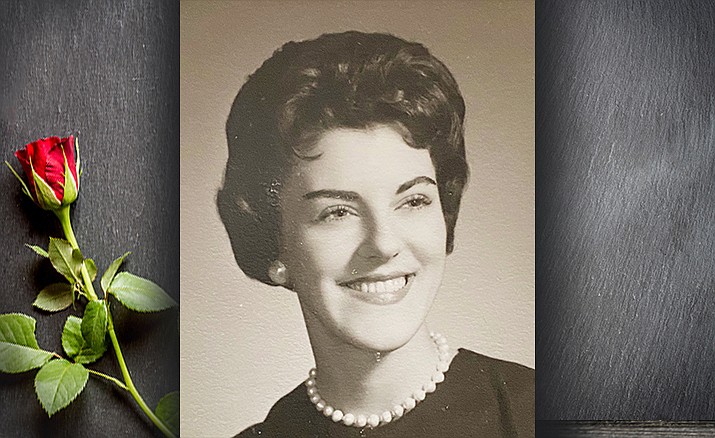 Sharon was born on November 9, 1938 in Kansas City, Missouri to Gottfried and Dorothy Theilkas.

She was raised in Phoenix, Arizona, and studied at the University of Arizona, where she was a member of Pi Beta Phi. There, she met her husband Jim, and they were married in a ceremony at Phoenix Christian Church on July 3, 1958. Sharon was awarded a B.A. in education from Arizona State University. She taught elementary school in Scottsdale, Arizona.

Jim and Sharon, with their young son, Craig, relocated to Kansas City, Missouri in 1966 when Jim joined Black & Veatch. Shortly after the birth of their second son, Roger, the family moved to Overland Park, Kansas, in 1969. Sharon had a second career in sales with Woolf Brothers where she worked with and met many wonderful friends.

Jim and Sharon enjoyed spending winters in Phoenix, where they still have many friends, including Sharon’s sister, Lynn Ward and husband Larry; and Jim’s sister, Deborah Walker.

During warmer seasons they spent time in Fort Worth and Kansas City, watching the ballgames, plays and concerts of their four grandchildren, Ryan and Ty Templin of Fort Worth, sons of Craig and Kelly Templin, and Sophia and Rex Templin of De Soto, Kan., children of Roger and Mitra Templin.

Sharon was Love Personified, living her life expressing kindness and friendship to everyone she met, and a model of unselfish Love to all privileged to know her. She was dearly loved and will be greatly missed.