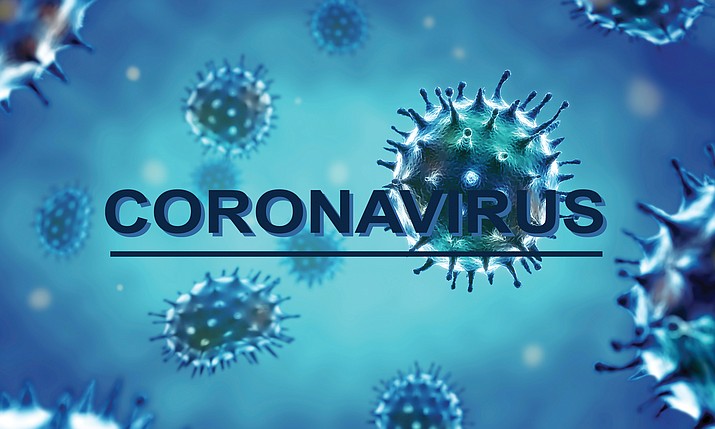 The first case of coronavirus in Prescott is a "senior citizen." That is all Yavapai County Community Health Services knows at the moment.

She said Saturday afternoon, March 21, there are 106 cases of coronavirus (COVID-19) confirmed in Arizona, with three in Yavapai County – one in Prescott and two in Sedona. The first, which surfaced in Sedona, was reported Thursday afternoon.

Leslie Horton, director of Yavapai County Community Health Services, asked that if people hear rumors about a case of coronavirus, they go to www.yavapai.us/chs to check the validity of the information. “We will post that information immediately if there is a positive case,” Horton said during a press conference about the virus at Prescott City Hall on Tuesday, March 17, 2020. (Cindy Barks/Courier)

The county is not sure about any linkages between the two in Sedona, nor the ages or sex of the people involved, she said. “We’re working to get more details as we speak,” she said, concerning the two new cases.

The first case in Sedona is a 72-year-old man who was tested in Coconino County but lives in Yavapai County.

Horton did say neither of the two new cases were hospitalized; they involved testing recommended by their doctors.

As to rumors of cases confirmed at Yavapai Regional Medical Center, or even word of one in Chino Valley, she said those are rumors at this point.

“I cannot dispel or confirm any of that,” she said.

Calls on Saturday to officials with YRMC and Verde Valley Medical Center were not immediately returned.

Yavapai County is still adjusting to what is needed, Horton said, adding that the county had shut down the emergency phone bank Friday night, but now it is back up. That phone number is 928-442-5103.

She also said the county is hearing about restaurants that are still allowing dine-in service. According to a directive from Gov. Doug Ducey on Friday, all restaurants in Yavapai County are to switch to to-go orders only – no dine-in service, or close. Also all bars, gyms and movie theaters are to be closed.

“We are following up on those reports as quickly as we can,” she said.

Horton said, “I just hurt for everyone,” seeing the economic impacts, and potential long-term effects of this pandemic.

“Now that we have it here it heightens the anxiety,” Horton added.

In Arizona, according to the state Health Department, 104 cases of COVID-19 have been confirmed; 394 tests have been completed, 240 ruled out, and 122 cases pending. The county total has it at 106 cases.

In both, the counts do not add up to the totals; across the state, they said, the number of cases include 49 in Maricopa, 12 in Pima, 14 in Pinal, 10 in Navajo County, 11 in Coconino, 3 in Apache, 3 in Yavapai, and 1 each in Yuma and Graham counties.

Horton said she is working to find out why there is a discrepancy; however, with it being the weekend and how quickly things are changing, the numbers will catch up to the totals.

Terri Farneti, public health coordinator with Yavapai County Community Health Services, said the state website does not indicate three cases in Yavapai because “they are in the Medsis system the epidemiologist receives, so the map will be updated (Sunday) morning.”

Horton said any provider can get test kits. However, not many providers are willing.

The providers that the Courier has learned about that are doing testing for COVID-19 include:

Any of those will screen first to determine the person’s medical complaints are not something else; they also should have a referral from a doctor, Horton said. Other factors include people who are in high-risk categories, such as senior citizens.

Horton said there is still a “severe shortage of swabs.” Also the more providers that can do testing the better off the communities will be.

She added that the Verde Valley is very limited on testing, and likely why at least the first case was reportedly tested in Coconino County.