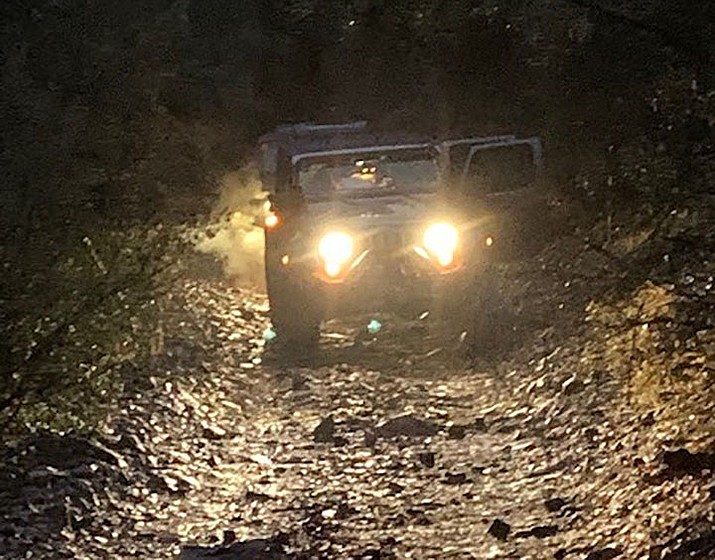 The Yavapai County Search and Rescue Team (YCSRT) were able to find and bring to safety stranded individuals last Wednesday and Thursday, March 11 and 12.

The first rescue mission began at about 4 p.m. on Wednesday, according to a Yavapai County Sheriff’s Office (YCSO) news release. Dispatchers received a call regarding stranded motorists on Forest Service Road 413, on Mingus Mountain in the Prescott National Forest.

The stranded subjects were traveling back from Jerome to Camp Verde where they were staying, the release states. They consulted their GPS for the shortest route and were directed onto Forest Road 413 on Mingus Mountain.

The road was in very rough condition due to recent and ongoing heavy rains in the area. As a result, their 2001 Suzuki Vitara sustained heavy damage to its exhaust system and one of its tires, rendering the vehicle inoperative. 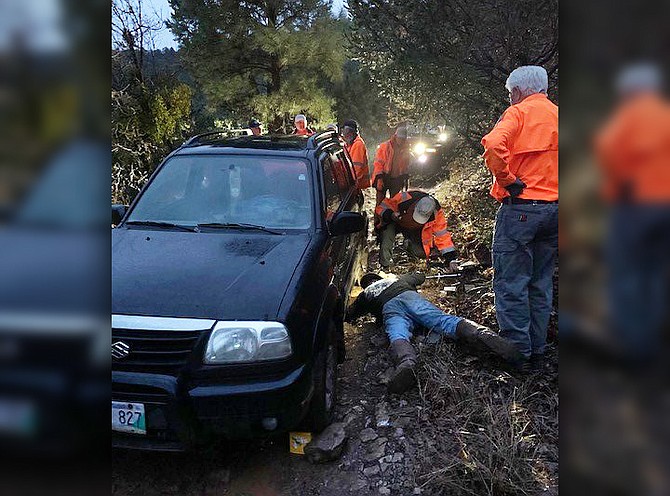 A 2001 Suzuki Vitara sustained heavy damage to its exhaust system and one of its tires, rendering the vehicle inoperative. Yavapai County Search and Rescue Team’s 4x4 unit responded and located the driver, his passenger and two dogs at about 6:30 p.m. (YCSO)

YCSRT’s 4x4 unit responded and located the driver, his passenger and two dogs, all in good health, at about 6:30 p.m. They moved the vehicle off the road and transported victims safely to Camp Verde.

“The sheriff’s office wants to remind travelers that a GPS by itself should not be trusted without question,” YCSO spokesperson Dwight D’Evelyn said. “While it may give you the shortest route in distance, it may not give you road conditions or changing conditions which may affect the safety of the route.”

D’Evelyn suggest seeking out secondary sources of information on routes, such as maps or advice from local residents or public safety personnel.

At about 5 p.m. on March 12, YCSO dispatch received a call about a group of Arizona State University students who were hiking in the Sycamore Tank area of the Prescott National Forest.

They were concerned about being able to leave the area due to flooding, the release states. The group had crossed the Verde River and could not get back across it due to the rising water level. They told the dispatcher they were not in immediate danger and had food and water to last a few days. 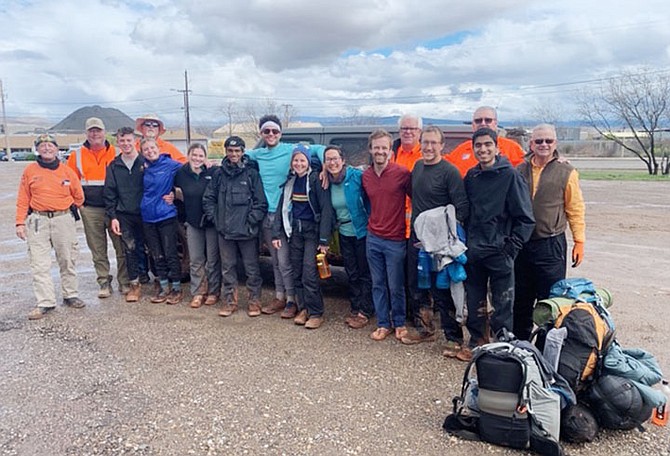 Hikers who were rescued from the Sycamore Tank area of the Prescott National Forest by members of the Yavapai County Search and Rescue Team (YCSRT) stand with their rescuers on Thursday, March 12, 2020. (YCSO/Courtesy)

The next morning, YCSRT’s 4X4 unit was called out to rescue the hikers. At about 10:30 a.m., they located the hikers and transported them to safety in Cottonwood.

“The Yavapai County Sheriff’s Office urges people wishing to enjoy the outdoors to take into account current and future weather patterns and how that will affect the terrain they will encounter,” D’Evelyn said. “Having exit strategies planned ahead of time is always a good practice. In this case, the risk was greatly reduced to these hikers because they brought with them the proper amount of food and resources to survive an extended period of time in the outdoors.”