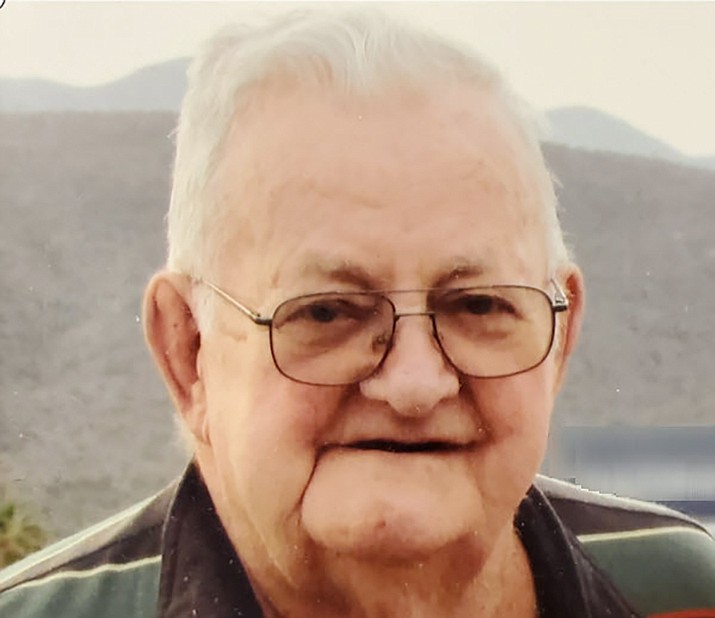 WE LOST A HERO TODAY. Loyd Edward Schumaker was born on April 21, 1932 in Orwell, New York and passed away March 9, 2020 while in the VA hospital in Prescott, Arizona. At the age of 17, he enlisted in the U.S. Army and served in the Korean war. While there, he received two purple hearts, a bronze star and a presidential company citation.

After his military service ended he traveled across the United States as a construction supervisor until he retired. He was involved in the building of the St. Lawrence Seaway and the Glen Canyon Dam just to name a couple.

He was the last of 15 children to pass away. He is survived by his wife of 30 years, Shirley G. Schumaker of Cordes Lakes, Ariz: a son, Donald (Evelyn) Schumaker of Cordes Lakes; two daughters, Danielle Levenson and Julie (Roger) Simon, both of Kingman Ariz. He has a stepson, David (Donna) Schumaker of Alma, Ark. and 3 step daughters, Carolyn (Dave) Gibson of Tucson, Connie Elbie and Teri Myers of Jerome, Idaho. He has 21 grandchildren, 44 great- grandchildren and 4 great, great-grandsons.

He will be entombed, with full Military Honors, in the Prescott Veterans Cemetery. In lieu of flowers please make donations to the Hospice Unit at a Veterans Hospital. A private memorial service will be held.