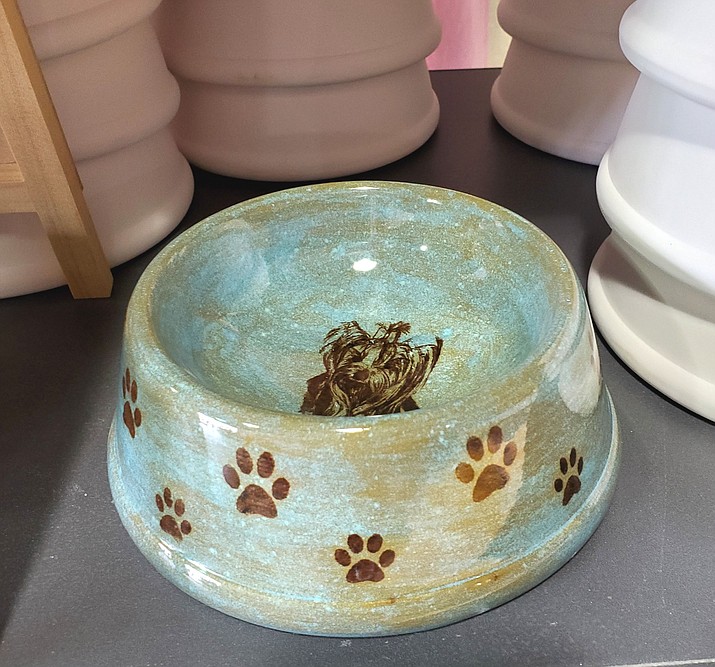 Jarz of Clay invites animal lovers to create pet bowls for United Animal Friends’ annual Woof Down Lunch. Participants can paint a ceramic bowl for $15 until May 23, which will then be donated to the fundraising event. Part of the fun is attending Woof Down Lunch to find your creation.

Note - The Elks Theatre announced March 14 it is closing to public events; at press time it is uncertain this performance is still scheduled. Click HERE for more info.

Described as an earthy Enjya, Joan Baez and Tina Fey, Farran presents a combination of the silly and sacred, able to transform on stage into one or more of her alter egos who can leave the audience howling with laughter. Her heartfelt vocals and comedic improvisations leave the audience never knowing what’s going to come next.

Prescott Center for the Arts is putting on “God of Carnage” as its next show on Stage Too. A play by Yasmina Reza, it is directed by Kevin Nissen.

The show features two couples who meet to discuss a schoolyard squabble between their sons but harmony devolves into hostility when the evening descends into hilarious, unmannered chaos.

Tickets are $19, available online at www.pca-az.net.

Stage Too is located in the alley behind the theater at 208 N. Marina St.

The Prescott Champions Vintage Base Ball Club is kicking off its spring and summer schedule of 19th century baseball games at 11 a.m. Saturday, March 14, with a game against the Ft. Verde Excelsiors.

Usually players from Illinois and other locations join in the game.

Look to the Stars on March 20

Explore the night sky ushered in by spring with “Arizona Philharmonic – A Celestial Spring” at the Jim & Linda Lee Planetarium on Friday, March 20.

The 6 and 7:30 p.m. shows will investigate myriad constellations, planets and deep sky objects with musicians of the Arizona Philharmonic performing Vivaldi and other seasonal favorites with cosmic narration by Planetarium Director Eric Edelman.

Tickets are $22, available online at prescott.erau.edu/about/planetarium/public-shows.