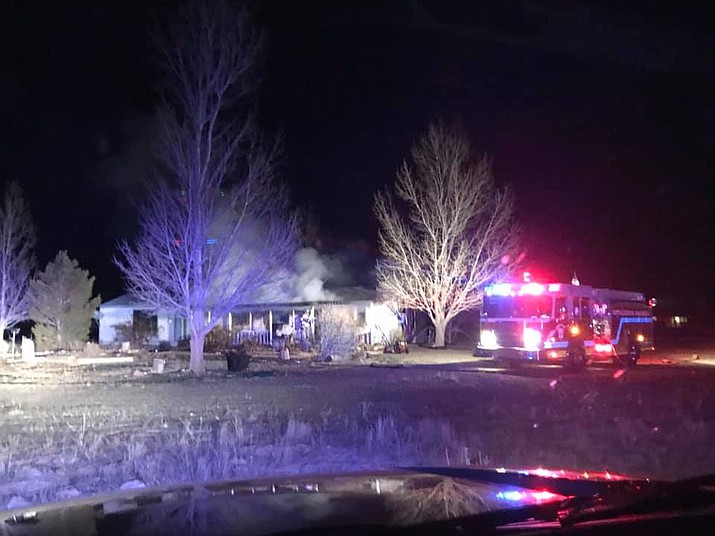 Firefighters respond to a home fire in the 2400 block of N. Catalina St. in Paulden early Monday morning, March 10, 2020. (CAFMA/Courtesy)

Firefighters were able to save the majority of a Paulden home that caught fire early Monday morning, March 9.

The Central Arizona Fire and Medical Authority (CAFMA) responded to a 911 call in the 2400 block of N. Catalina St. at about 5 a.m.

The home’s owner and his pet cat had safely gotten out of the building before firefighters arrived, Chase said.

The first engine company on scene was able to get a quick knockdown on the flames. A second engine company then helped make sure everything was fully extinguished. Assisting the response was a water tender, battalion chief, fire investigator and deputies with the Yavapai County Sheriff’s Office.

“The fire was contained mostly to the living room, with heat and smoke damage to some other parts of the home,” Chase said.

The cause of the fire remains under investigation.