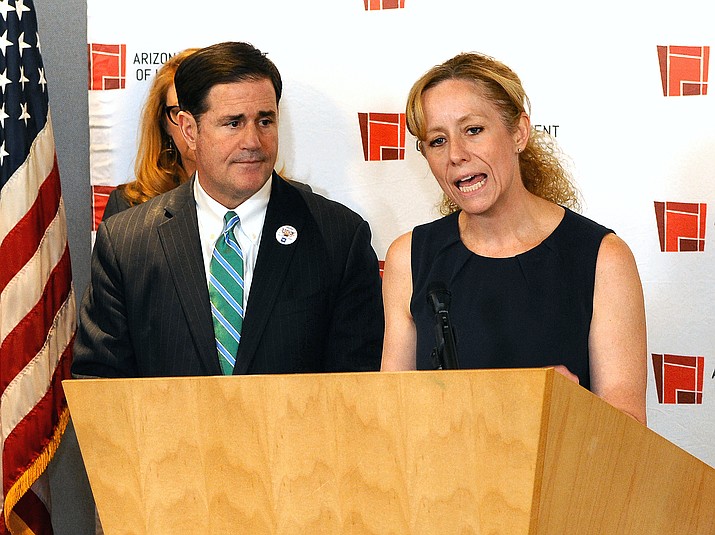 PHOENIX — Arizona can expect to have thousands, if not tens of thousands, of confirmed cases of COVID-19 this year, the state’s top health official said Monday.

“And that’s just the tip of the iceberg,’’ State Health Director Cara Christ said at a press briefing Monday afternoon.

She said that, just like the flu, there are going to be people with mild symptoms who will not seek medical care — and not be tested for the virus.

“So we know there’s a lot more people who don’t seek health care with respiratory symptoms and are still in the community,’’ Christ said.

And they are still potentially contagious.

Christ said her latest analysis that Arizona has a “heightened’’ risk of the new virus spreading here came after at least one of the state’s cases ended up being traced to “community spread.’’ That means the patient had no known travel to a country where he or she could have been exposed nor had been in contact with someone else with the virus.

The message with that risk level — and the chances of getting it — is simple.

“I think now that it’s in the community, that’s much more of a possibility than when it was just with those individuals that had traveled from Wuhan or from China,’’ Christ said. What that means, she said, is “act like everyone has it.’’

But even with that, Christ is saying that her current advice is that the only people who should take special precautions are those who are elderly and have underlying health conditions, especially respiratory.

Still, there are special circumstances.

For example, Christ said she would advise her own mother and grandmother not to take a plane trip, particularly a long one, unless it was absolutely necessary. Part of that, she said, is the “close quarters’’ and the chance of ending up next to someone who is sick.

Still, Christ said, plane travel is probably a lot less risky than a cruise. In that case, it’s not only a question of close contact but things like sharing dining facilities and even touching the same utensils.

“A lot of the same facilities are being used for days on end,’’ she said.

As to those who are at risk, she had a special message.

“We encourage them to have supplies on hand, such as extra prescription medication, over-the-counter medications and supplies like tissues and other household items and groceries,’’ Christ said. “Take everyday precautions, such as avoiding people who are sick, washing your hands often, and cleaning and disinfecting high-touch areas like your doorknobs, light switches, toilets, faucets and phones.’’

“Stay away from crowds, if possible,’’ she said. “And have a plan if you get sick to call your healthcare provider and identify who else can care for you if your caregiver becomes ill.’’