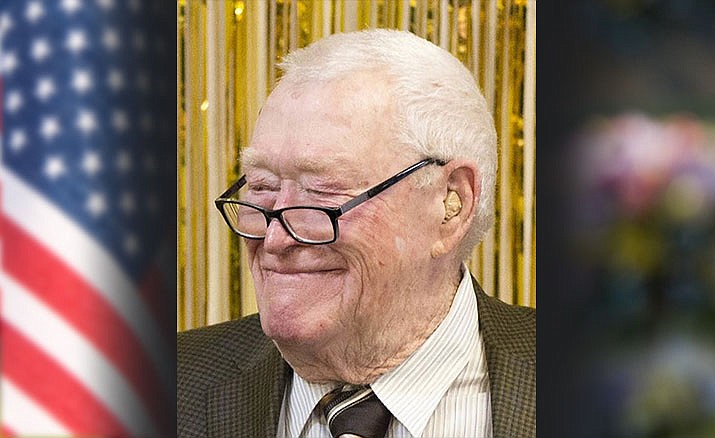 Donald Ray “Don” Parson died on February 10, 2020 in Prescott, Ariz. He was born March 9, 1934 in Hobart, Okla. At a young age, his family left Hobart and moved to Globe, Ariz., where he grew up in a loving household of six sisters, Marge, Diana, Patricia, Joy, Shirley, and Sherry and their baby brother, Dusty.

Don loved school and was both a scholar and recognized athlete at Globe High School, where he graduated in 1952.

After graduation, Don enlisted and served in the U.S. Air Force for the next 20 years.

During that time, in March 1968, in Tucson, Don met and married the love of his life, Etta Unruh. From there, they embarked on a life-long journey full of memorable moments. After retiring as a Master Sergeant from the Air Force in 1972, Don and Etta settled in Prescott in 1974. It was here, in 1975 that Don’s passion for reading led him to open and operate the Book Nook, the first used book store in Prescott.

In 1996, he decided to retire again and he sold the Book Nook to his daughter, Marilyn, to continue on with his love of books and reading.

Don enthusiastically pursued other pleasures such as traveling, golf and a good game of poker. He was a true outdoorsman, avid hunter and fisherman, who shared his love of the outdoors with his children. Family was everything to Don; he only wanted the best for everyone and always shared his knowledge and wisdom.

Don’s fearless spirit allowed him to live life to the fullest during his 85 years.

Don leaves behind a family who loved him immensely and will miss him more than words can say. Don was preceded in death by his parents, Van and Ozelle Parsons; sisters, Diana, Patricia, Joy, Sharon, and grandson, Derek.

The family would like to thank Kindred Hospice Care and the Marley House for their loving care of Don.