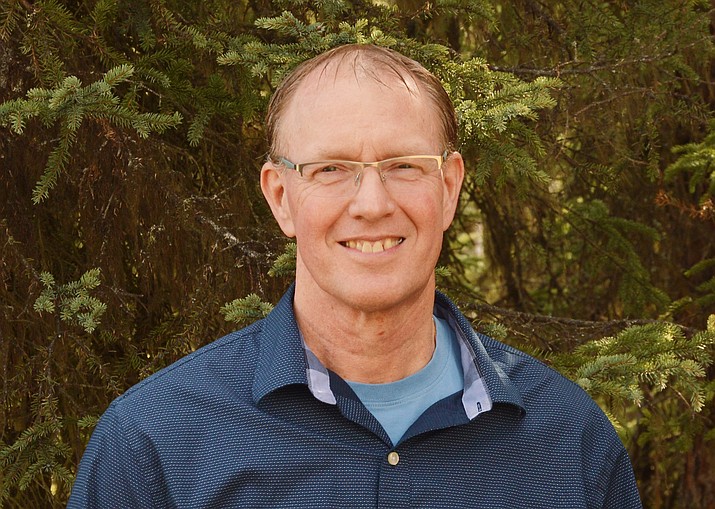 Humboldt Unified School District’s new Superintendent John Pothast was thrust right into the thick of the job on his first day Monday, June 29, 2020. Not too long after getting settled at the district offices, Pothast and his district leadership team were forced to start rethinking reentry plans, again. (Courier file photo)

Humboldt Unified School District’s new Superintendent John Pothast was thrust right into the thick of the job on his first day Monday.

Not too long after getting settled at the district offices, Pothast and his district leadership team were forced to start rethinking reentry plans, again.

Gov. Doug Ducey announced a step back on reopening based on the COVID-19 spread across the state and that includes pushing the start of the staff-to-student 2020-2021 school year back by two weeks. State Superintendent of Public Instruction Kathy Hoffman and Ducey are both fine with public schools offering distance learning models on their scheduled first days, but no traditional classes until Aug. 17.

At least as it stands now.

Eager and at the ready to begin, Pothast said this was a bit of a curve, but the district’s reentry committee has been playing with the three options that many districts are considering — in-person with certain health and safety protocols; an all-distance learning model of online and prepared lesson instruction; or a hybrid model that incorporates some of both of those plans. This adds another wrinkle, one that Pothast said is not yet clear but he predicts will be clarified soon.

Ideally, he said, he would hope that the school year will be able to kick off as planned on Aug. 3 with a version meets the governor’s guidelines but enables students and staff to be engaged with one another.

“Where we’ll land, unfortunately, is too far away to know that for sure right now,” Pothast said.

As for all this on his first day, Pothast said he was certainly busy, “but it was a great day.”

“This is a great district,” Pothast declared.

On Tuesday, Pothast will meet with his fellow quad-city area superintendents at a county meeting where they will all have a chance to share and swap ideas as this all continues to unfold.

With the state and county COVID-19 positive case numbers escalating over the weekend, Scholl said he concurs with Ducey’s decision to step back on some reopening as a means to slow the spread.

As for what that means for his district, Scholl admits he is not yet sure.

As almost three-quarters of parents surveyed in Chino Valley want their children to return to classroom learning rather than an online or virtual distance learning model, Scholl said he’s not sure if it makes sense to start as scheduled on Aug. 5 with distance learning and then switch back on Aug. 17.

Prior to the governor’s announcement, Scholl said he spent four hours Monday, June 29, with district leaders talking about what will make the most sense.

He said he welcomes the chance to meet his fellow superintendents because all are seeking to do what’s best for students, faculty and staff.

While he’s still allowing the news to percolate, Prescott Unified School District Superintendent Joe Howard said he appreciates the guidance and flexibility that will enable his teachers and staff to do what’s best for this community’s children.

He’s not sure if school will kick off on Aug. 6 with distance learning for everybody, or if it will be a time for teachers to gear up for what might be a trio of options. The governing board has a virtual meeting scheduled at 5 p.m. today to talk about hiring some new staff to coordinate these very efforts.

A top priority is ensuring all teachers and staff are working and employed, and any distance learning lessons are rigorous and tied to what will be taught in the more traditional classroom setting, Howard said.

Unlike the last quarter of the 2019-2020 school year where plans for distance learning had to be made overnight, Howard said he has teams of faculty and staff who have invested the entire summer working out details for programs that will be robust and suited to meet every student’s unique needs.

This will just be another piece to the puzzle they have pledged to solve, he assured.

“We’re just trying to bridge the gap right now … this is not forever,” Howard said.