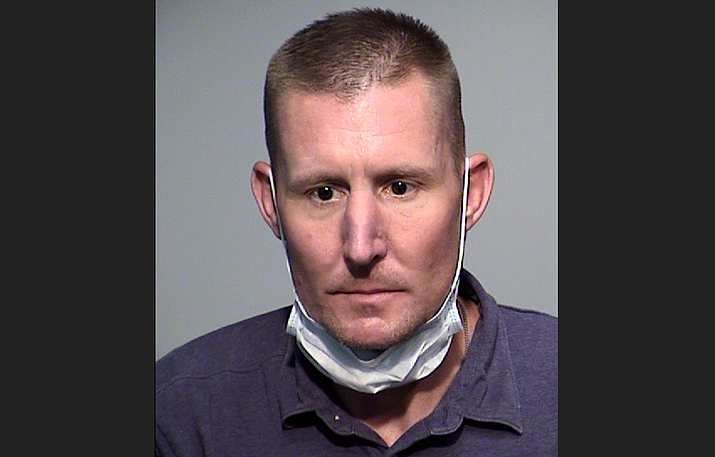 Scott Lynch was arrested on June 23, 2020, on fraud and theft charges. (YCSO/Courtesy)

A Prescott man was arrested on June 23 for allegedly charging tools to a business account he was not permitted to use, police said.

Deputies with the Yavapai County Sheriff's Office (YCSO) were dispatched to the fraud complaint on June 21, according to a YCSO news release.

The victim, who co-owns a local business, explained that he has an account set up at a major building supply store in Prescott for the purpose of purchasing supplies and tools.

On the afternoon of June 19, the victim was contacted by a sales clerk at the store who reported that a person using the victim’s name was trying to purchase $500 worth of tools.

When this person was asked for identification, he got upset and walked out of the store, according to the release. The victim indicated no one had permission to access the account other than the company’s owners.

Due to the notification, the victim decided to check account records and found a suspicious transaction occurring at the same building supply store on May 25.

The charge involved nearly $600 worth of power tools and accessories, the release states. Deputies contacted the building supply store and they were able to obtain video of the May 25 transaction and attempted transaction on June 19.

When the victim reviewed the video, he identified the suspect as 42-year-old Scott Lynch, who was hired by the victim as a sub-contractor last year. Lynch never had permission to use the business account, the victim said.

Lynch was located during a traffic stop in Prescott on June 23.

“Even after being confronted with video evidence, he claimed not to remember the transactions,” YCSO spokesperson Dwight D’Evelyn said. “A friend of Lynch’s remembers seeing him recently with a set of new tools.”

Lynch was booked into the Yavapai County jail in Camp Verde on charges of fraud, criminal impersonation, identity theft and theft against a business.

He has since been released pending further court action.