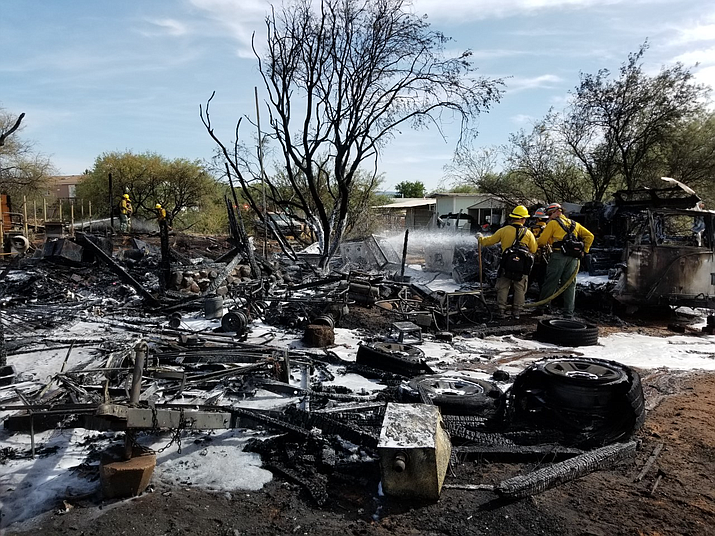 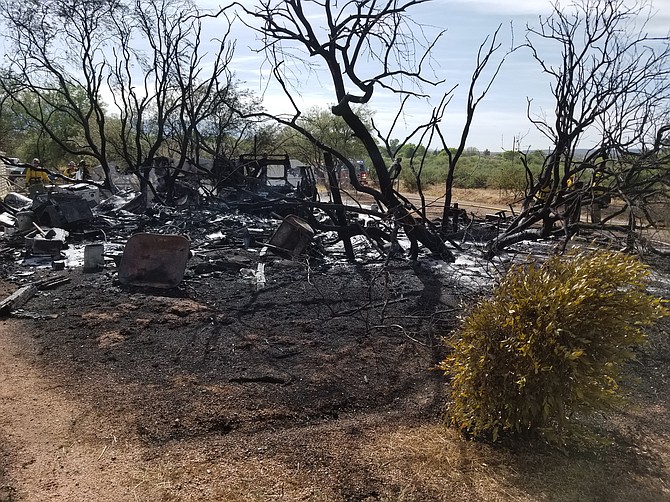 Several Cornville properties were damaged by a fire that was started by the use of a grinder on Sunday, June 28.

Yavapai County Sheriff’s Office (YCSO) deputies responded to reports of the fire in the 11300 block of E. Oak Grove Lane at about 3 p.m., according to a YCSO news release.

The smoke was black and could be seen from about 10 miles away, the release states. Verde Valley Fire and State Wild Land Fire arrived on scene quickly and eventually controlled the blaze. 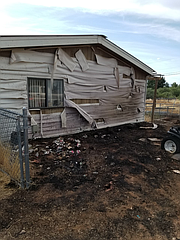 Deputies investigated and determined the fire was started on a property in the 11300 block of E. Oak Grove Lane due to a man working with a grinder and metal material on the east side of the property, the release states.

The man told deputies that while using the grinder, he noticed a small spot fire nearby and attempted to extinguish it without success. The fire began burning out of control and moving in a northeast direction in large part due to 20 mph winds. It then travelled about 800 feet, crossed a road into vacant and improved land, and reached E. Adams Road before being contained.

A property in the 13300 block of E Oak Grove Lane, next to the fire’s origin, sustained the most damage, including a vintage camp trailer, ATV and shed. 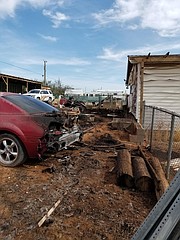 The trees on the west side of the residence were destroyed and part of a wood fence was burned.

Plastic siding of a home in the 15500 block of E. Adams Lane also received some damage, as did an early 2000's Ford Mustang.

The homeowner using the grinder was cited for reckless burning due to the Stage 2 fire restrictions – welding, cutting and grinding is prohibited (permission may be granted under special circumstances and repair situations as approved by a fire marshal).