COVID-19 in Arizona: Clubs close after citations, push back on Ducey’s call-out of ‘bad actors’ 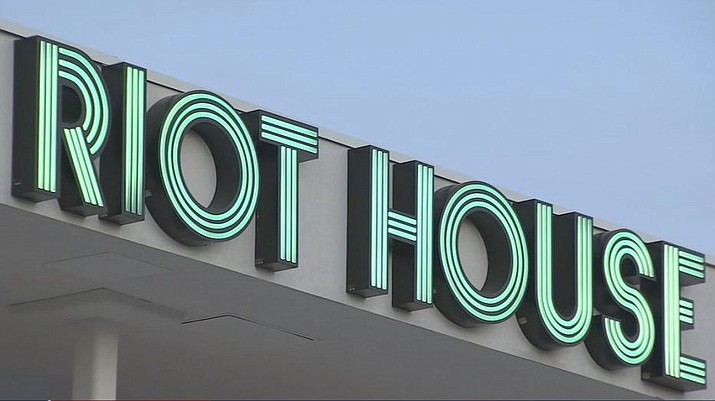 Riot House was one of eight bars and restaurants in Scottsdale receiving notices from state liquor licensing officials for not following social distancing guidelines, but the only one charged. (Courtesy)

Several Scottsdale bars and restaurants labeled “bad actors” by Gov. Doug Ducey have shut down temporarily, and they’re pushing back on his allegations that they disregarded safety protocols meant to curb the spread of COVID-19.

A spokeswoman for Riot Hospitality Group, which manages El Hefe and Riot House, pushed back on the characterization as bad actors.

On Thursday, both clubs closed temporarily.

“Before the state reopened, we went through exhaustive efforts, actually going above and beyond the CDC guidelines and what was recommended to us by our licensing authorities,” Lissa Druss of Riot Hospitality Group said in an interview with Cronkite News.

The tension between state leaders and businesses has been reflected in Ducey’s policymaking during COVID-19. The governor banned county and city leaders from establishing mask and distance requirements until one week ago; since then, Maricopa and other counties, as well as several cities, quickly implemented the rules.

He encouraged citizens to continue their daily lives and for businesses to begin reopening once the stay-at-home order ended May 15. Videos have surfaced of packed bars and establishments since the reopening of the state.

Riot House faces a class one misdemeanor, which could result in a $20,000 fine, The Arizona Republic reported.

“There is no playbook for this. We are doing what we can, which is why we took the proactive step we did yesterday,” Druss said.

Maya Day and Night Club also is closing its doors, through the Fourth of July weekend, for health and safety protocols. In a statement, managers said they had been following recommendations from the Centers for Disease Control and Prevention but, “unfortunately, some of our patrons have aggressively refused to abide by our operational guidelines and we have no choice but to cease operations for this period of time – and possibly longer – in order to be responsible in support of state and city efforts to preclude the spread of COVID-19.”

Maya set strict guidelines for their staff to follow, said Jason Adler, director of operations for Spellbound Entertainment Group. He complained that Ducey did not give clear guidelines for reopening and most of the instructions put in place were “broad.” Adler said Maya set guidelines that “went above and beyond what the governor said initially.”

It was at times difficult to get customers to comply with the new regulations, he said.

“Sometimes, there is a lot of pushback. We feel like we are trying to control something that we can’t really control with our patrons,” Adler said.

Ultimately, Maya temporarily shut down, and the club’s owners challenged other establishments to follow their lead.

“We want to be a part of the solution, not the problem,” Adler said.