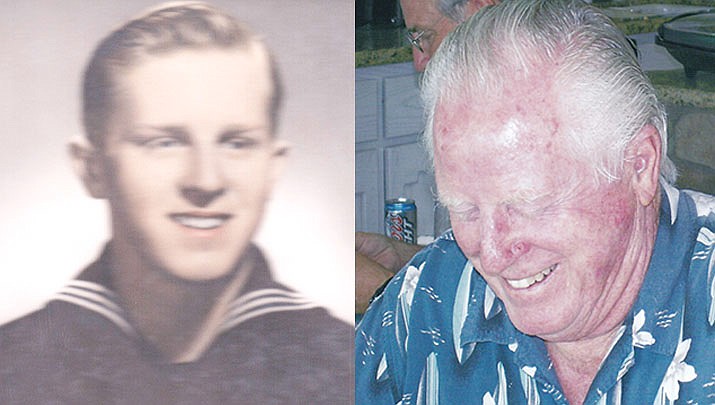 David Peter (Pop) Sickel passed away June 20th, 2020, at the Marley House in Prescott, Arizona. He was born in Chicago, Illinois on August 16th 1932 to Philip and Winifred Sickel.

The family moved to Los Angeles, California in the 40’s, where he attended middle and high school. He entered the Navy and drove Marines to shore in landing crafts under fire in Korea in the early 50’s. After the Navy he apprenticed as a photo engraver during the years he retrained several times.

On September 2nd 1955 he married Patricia Lorraine Henry and they spent 65 happy years together. He retired in 1992 as a lithographer.

He was preceded in death by his son, Steven and sister, Carolann. He is survived by his loving wife, Patricia; his loving girls, daughters, Dyanne and Maralyn and granddaughter, Kathryn and her husband, Jason Bueno; also his brother, Philip and sisters, Rosemary and Susan.

A memorial service will be scheduled at a later, safer date. Arrangements Entrusted to Ruffner-Wakelin Funeral Homes and Crematory.