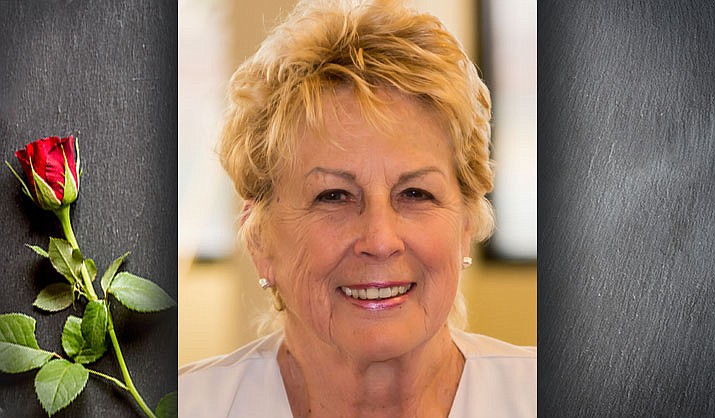 Merilynn June Snyder died in Prescott on June 3, 2020, less than two months after a late-stage cancer diagnosis. She was 85.

Born on June 7, 1934, in Lake Heron, Minnesota, to H.E. Meyer and Emma L. Seleen, the family soon moved to South Dakota, where she spent her formative years learning self-reliance and fortitude.

Her marriage to Don Snyder produced three children: Loring, Kendal, and Lisa. In 1969, she graduated from the School of Radiologic Technology in Watertown, South Dakota, and moved to Prescott as a single mother to begin her career as an x-ray technician at the then Yavapai Community Hospital.

In 1979, following the graduation of her youngest child from Prescott High School, Merilynn set off on a cross-country adventure to sow some wild oats. Living in a van, she and a friend traveled the United States, residing briefly in Galveston, New Orleans, Pensacola, Eugene, and Las Vegas. She settled in Tucson in 1985, and returned to Prescott in 1998 as a retiree.

Merilynn loved Prescott. She volunteered at the Prescott Chamber of Commerce, the Yavapai Regional Medical Center, and was an active member of the Tri-City Singles group. She also loved to travel. Her trips included visits to China, Germany with her daughters and John Rock, Greece with all three of her children, Australia, Croatia with Liz Dano, and Mexico with Jerry Osborne on several missions with the Flying Samaritans. Most recently, Merilynn enjoyed trips to South Padre Island, Portland, and San Luis Obispo with fiancé Bruce ‘Mac’ McIver. Luxury hotels and restaurants aside, she also enjoyed the outdoors, and hiked the 49-mile Yosemite High Sierra Camp Loop Trail at age 70. At home, she was a crossword and jigsaw puzzle enthusiast.

Her death was unexpected and came far too soon. Among her personal effects were unused tickets to the best girls’ night out ever (the official Magic Mike Live Tour!) and a calendar full of upcoming trips. She will be sorely missed.

Merilynn’s parents and four brothers (Harlan, Keith, Roderick, and Richard) predeceased her. She is survived by her three children, three grandchildren (Avery and Keaton from Loring’s union with Kathleen Horn, and Mia from Loring’s marriage to Melanie, his second wife), two great-grandchildren (Weston and Naïla from Avery’s marriage to Jocelyn Elderkin), and Bruce ‘Mac’ McIver.

No service is planned. Her ashes will be interred at the First Lutheran Cemetery outside of Brookings, South Dakota.