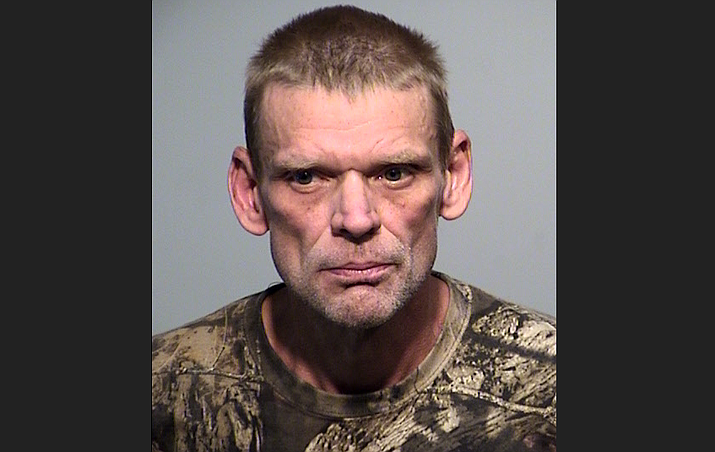 Authorities have captured an Ash Fork man who had two felony drug warrants and was reportedly involved in two recent domestic violence incidents.

James Snow, 48, allegedly shot at his girlfriend on two occasions in late May, according to the Yavapai County Sheriff’s Office (YCSO).

Given the violent nature of the offenses, the U.S. Marshals Service’s Violent Offender Task Force team in Arizona offered to help with the investigation.

A YCSO detective provided background on the case to the team, which then developed information that Snow was located on a rural property in the Juniper Woods community south of Ash Fork, YCSO reported.

The team was able to hike in under the cover of darkness early Wednesday morning, June 24, to contain and apprehend Snow inside an RV on the property. He was arrested without incident.

“The arrest of James Snow in an isolated and remote area 20 miles southwest of Ash Fork required complex and intricate planning on the part of the Yavapai County Sheriff’s Office and the U.S. Marshals Service,” said Arizona District Marshal David Gonzales. “Snow’s arrest was a priority for both our agencies due to his recent violent behavior and actions with a firearm that could have resulted in additional victims.”

Snow was booked into the Yavapai County jail on his two felony warrants. Additional charges regarding the domestic violence are expected to be made official in the near future.

“YCSO would like to thank the public for its calls and emails on this matter,” YCSO spokesperson Dwight D’Evelyn said.

“Their effort on this matter allowed our deputies and special teams to remain available for other public safety needs throughout the County,” Mascher said.