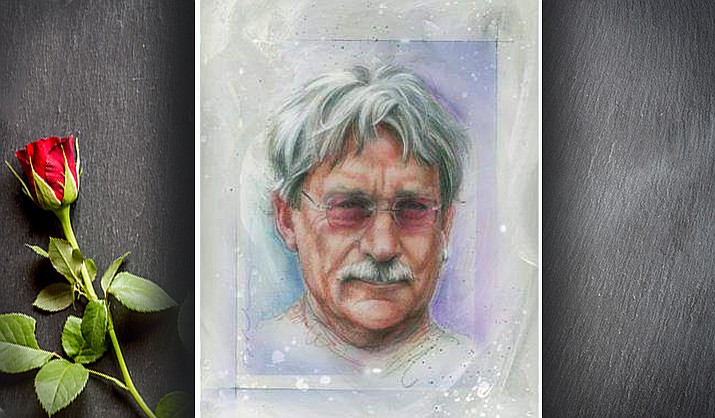 Ralph Louis Reeves (Lou) succumbed to ALS on Monday, June 15, 2020, in the comfort of his home in Prescott, Arizona. He was born in Detroit on April 15, 1950, to Hallie and Ralph Reeves, the youngest of three children. He grew up in Huntington Woods, a suburb of Detroit, where he spent his days riding around his neighborhood seeking adventures with his pals Pete and Harvey, often leaving his house after breakfast and not coming home until dinner. It was a happy, rowdy era when nearly every house on the block contained at least three kids who were free to explore their world with few restrictions.

His first jolt in life came when he was twelve and his father died. Not long after that his mother moved to a new home in Birmingham, too far to hang with his old pals. His older siblings, Helen and George, had started their own lives so he lived alone with his mother for two years until one bright day his three-year-old niece, Jennifer lit up their home with love and laughter. Louis adored her and remained devoted to her for the rest of his life. He played football in high school but found he preferred the drama program where he took on the role of Oscar in “The Odd Couple.”

He married his girlfriend, Lee, in January of 1972 and on a cool September morning, they packed up his BMW motorcycle and headed for California. They rented an apartment in the old Wells Fargo Mansion in Oakland where they found a cadre of like-minded friends to share in their adventures. After a year, they put the bike on a ship and moved to Hawaii, where they retro-fitted an old Chevy panel truck as a caravan. They spent the next year camping out at oceanside parks.

In 1973 family issues and reality called them back to Michigan where they eventually settled in an old farmhouse in the small village of Pinckney. Their daughter Leta was born in 1976 and son Skyler in 1981. In 1983 Lou answered an ad in the paper for a manufacturer’s rep in the art materials industry. He got the job that led to a thirty-five-year career. He grew to love the industry and the artists he served, but when asked what he did he would reply with a straight face, “I peddle pencils.”

On his business card the letters HBS appeared next to his name. “It means: honest BS,” he explained to the curious. He was beloved in his industry for his wit and ability to put life and work in perspective, never taking things too seriously but approaching his work with a generous heart and dry humor. He served on the National Art Material Association’s (NAMTA) Board of Directors and as their President in 2011. Lou was inducted into the NAMTA Hall of Fame in 2014. He retired in 2018.

In his free time, he fed his soul with long solo motorbike rides. One beautiful afternoon he rode through the Dells in Prescott, pulled over to gawk at the scenery, turned around and booked a room at the Hassayampa Inn. He called his wife that night, “I think I’ve found our next place to live. It has a cool downtown and the most amazing landscape.” In 2008 after nearly sixty years in Michigan, they moved to Prescott. In 2014 Louis was thrilled when his son, Skyler called to say he was moving to town with his family. Lou found the most rewarding volunteer work of his life when he responded to an ad in the paper looking for art docents. He loved going into classrooms, introducing first graders to fine art and encouraging their creativity. He always came home from his school visits with a touching story about one of the children. He developed an awe of the teachers he met, saying no one can imagine how challenging their job is.

We like to think of him laughing with those who have already made their final exit, especially Leta, his daughter, who passed away of leukemia in 1997. “I got to hold her hand as she died, an unusual experience for a father, the only time I experienced what must be called a state of grace.” And with his beloved niece Jennifer, who he cared for during her two-year battle with brain cancer.

Although his last months were difficult as his disease zapped him of energy and strength, he often commented that there was an upside to having a terminal disease with no cure. “You can enjoy your final days. These past months have been some of the best in my life.” He and his wife Lee spent long mornings sitting on their back deck talking about life and watching birds splash in their fountain. They spent late afternoons visiting with neighbors in the front garden, waving at passersby. He savored every moment he spent with his grandchildren, Liam and Vivian.

He is survived by his wife Lee, his son Skyler, his son James, his grandchildren, Liam and Vivian, Nora and Lydia and a big circle of family and friends. He is preceded in death by his daughter, Leta, his niece Jennifer, his parents Ralph and Hallie, his sister, Helen, his brother, George and a long list of friends and relations. Although no one would like a big bash better than Lou, at this time the family is holding a private service on Thursday, June 25. Flowers can be sent to the Hampton Funeral Home or donations made to Prescott Art Docents.