Home Rule on ballot for another extension in Chino Valley 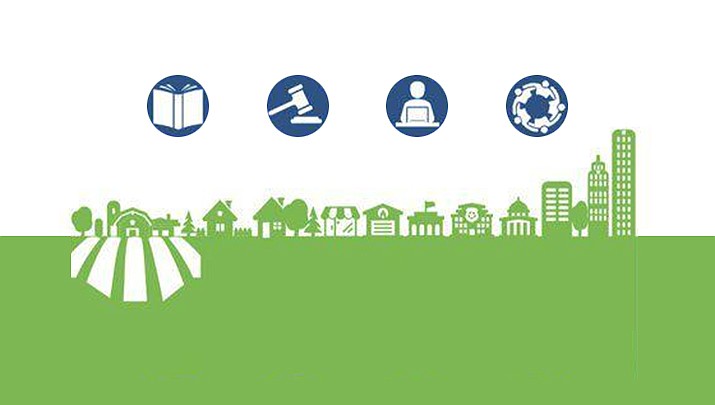 Chino Valley voters will get to decide this election whether to approve the Alternative Expenditure Limitation (Home Rule) option, which gives the Town Council the ability to set its own spending limits based upon current and projected revenues and local service demands.

Chino Valley, like all cities and towns in Arizona, is required to have a balanced budget where expenditures cannot exceed available revenues. In 1980, Arizona voters approved an amendment to the state constitution designed to limit the annual expenditures of all Arizona cities and towns, according to the town’s website.

The law requires that each municipality adopt a limit on its annual expenditures based on a formula that is set by the state. This is known as the state-imposed expenditure limitation.

However, many of Arizona’s cities, towns and municipalities began to experience growth in terms of population, revenue and budget demands. With this rapid growth, the state formula — set according to the economic climate of the late 1970s — no longer reflected the revenue and expenditure needs of a rapidly growing state.

The Arizona Constitution was then amended to provide options to accommodate these growing financial needs.

One of the options allows voters to authorize their council to adopt an alternative method for setting the town’s expenditure limit. This is known as the Alternative Expenditure Limitation (the Home Rule Option).

Voters have the option to approve Home Rule every four years and, if that happens, the Town Council adopts the expenditure limitation option in conjunction with adoption of the town’s annual budget. Expenditures cannot exceed that limitation, thereby creating the required balanced budget in lieu of having to follow a state-imposed expenditure limitation.

Chino Valley’s current Home Rule expires in June 2021 and the council is asking the voters in the Aug. 4 Primary Election to extend it another four years. Chino Valley Mayor Darryl Croft and the Town Council members are recommending the Home Rule Option over the other options because it best fits the town’s current circumstances.

“Absolutely, yes on Home Rule,” Perkins said. “We are already cut short on funding based on our population. A ‘no’ vote is a financial death sentence to our town and everything we have worked for towards achieving sustainability.”

None. Home Rule does not increase or decrease the revenues that the town receives from sales taxes and state shared revenues or from any other source.

In the event that voters do not approve Home Rule, Chino Valley will lose the ability to set its budget based on current needs and revenues. It will also be required to limit town expenditures to the state-imposed formula for at least two consecutive fiscal years until it can be approved by the voters at another election.

Projections indicate that approximately 59% of the town’s overall budget for the next two years would have to be eliminated.

Although Chino Valley will still receive revenues approximating the estimates above, revenue amounts in excess of the state limit would remain unavailable for two years, as state law will prevent the town from allocating that money to provide general government services.

The town is proposing to place the Home Rule proposal on the Aug. 4 ballot. Registered voters will receive a voter information pamphlet with much of the material presented here on Home Rule, as well as general voting information.