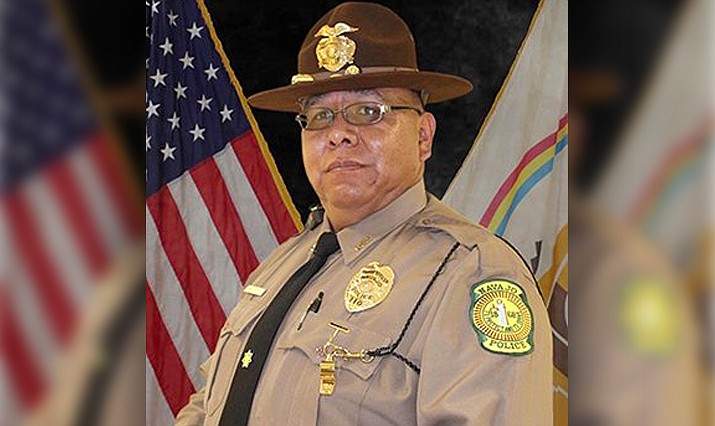 CHINLE, Ariz. — A Navajo Nation police officer has died at a Phoenix hospital, becoming the first officer on the tribal police force to die from COVID-19 in the line of duty, according to tribal officials.

Police Chief Phillip Francisco said the department was “devastated and heartbroken” by the death of Lee, whom Francisco called “a husband, a father, a son and a protector of his community.”

Francisco asked that the public remember Lee for his commitment to his community and extend prayers to his family.

Tribal President Jonathan Nez and Vice President Myron Lizer said in a statement that Lee “fought on the front lines to combat coronavirus and we are grateful for his dedication to our community.”

Gov. Doug Ducey tweeted that flags at all Arizona government buildings would be lowered to half-staff Saturday, June 20, from sunrise to sunset.

“Arizona is saddened by the loss of Officer Michael Lee and our prayers are with his family, friends and fellow officers,” Ducey said in a statement. “Officer Lee was a dedicated member of the Navajo Police Department for 29 years.

Lee served with the tribal department, beginning his law enforcement career as a police recruit with the Navajo Police Academy in October 1990.

He initially worked in the Window Rock area and later in Chinle.

Survivors include Lee’s wife and children, the department said.

His body was taken in a procession Friday from Phoenix to a mortuary in Gallup, New Mexico.

Nez said information on memorial service details will be forthcoming.

The Navajo Nation, which includes parts of Arizona, New Mexico and Utah, has been hit hard by the coronavirus outbreak. Tribal officials Thursday night reported 85 additional COVID-19 cases and two additional deaths, increasing the total number of cases to 6,832 with a death toll of 324.

For most people, the new coronavirus causes mild or moderate symptoms, such as fever and cough that clear up in two to three weeks. For some, especially older adults and people with existing health problems, it can cause more severe illness, including pneumonia, and death.

Individuals, businesses, and other organizations are encouraged to join in the half-staff tribute Saturday.