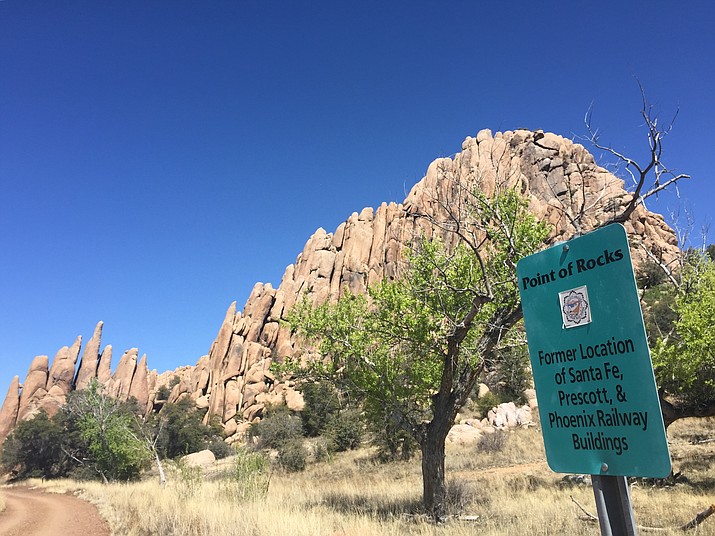 Residents will have a chance to speak about the proposed Arizona Eco Development (AED) project for the Granite Dells when Prescott City Council gathers for a special meeting at 1 p.m. Tuesday, June 9, at City Hall, 201 S. Cortez St.

Council plans to discuss the city’s current letter of intent with AED and present a brief overview of the project, followed by a public comment period in council chambers. Those who can’t attend the meeting in-person may call during public comment.

The council’s regular meeting will follow promptly at 3 p.m., and it will include a vote on the letter of intent.

Mayor Greg Mengarelli has said that the city would get plenty from the proposed deal with AED, including the preservation of 475 acres of open space at and around the iconic Point of Rocks site and at the nearby No-Name Creek.

The city would also receive 270 acres near the Prescott Regional Airport. This would allow for future airport expansion and an additional 130 acres in the airport area.

John Heiney of Prescott’s Communications and Public Affairs Office stated in a news release June 1 that if City Council approves the letter of intent, the city expects AED to submit an amended proposal.

After AED offers an amended proposal, an extensive city staff review, a series of public hearings and a 60-day public comment period would follow, Heiney added.

“The entire process is expected to take four to five months following the AED formal submission,” he stated.

Attendance at the June 9 meetings will be limited because of social-distancing guidelines related to the COVID-19 pandemic, the news release adds.

No more than 50 people may gather in council chambers, although as many as 25 people may assemble in the basement of City Hall and upwards of 50 people may convene in Centennial Center, 1989 Clubhouse Drive.

Comment cards will be available for submitting questions to city staffers.

Those viewing remotely may comment or ask a question about the city’s letter of intent with AED by calling 346-248-7799 and using meeting ID No. 894 5329 1176. Callers will be admitted into a “waiting room,” one at a time, on a first-come, first-serve basis. The city clerk will allow them to speak in that order.

City staffers will take public comment in the order that it was received by staff from the Centennial Center, basement conference room, council chambers and members of the public who are calling. Staffers and council members expect to answer questions.

Mengarelli will limit comments to no more than 2 minutes each, Heiney stated.

Those who did not get a chance to comment during the special meeting may do so during Council’s regular meeting afterward, the news release stated.

To submit a comment before the June 9 meetings, visit prescott-az.gov/city-management/leadership/speaker-request-form. The city clerk will accept submissions on the web until noon on June 9.

To read previous AED submissions and documents, visit prescott-az.gov and click “AED Annexation” on the home page. To read the text of the city charter regarding annexation, visit prescott-az.gov/wp-content/uploads/2015/07/city_charter_2012.pdf and scroll down to Article 1, Section 4: Boundaries.