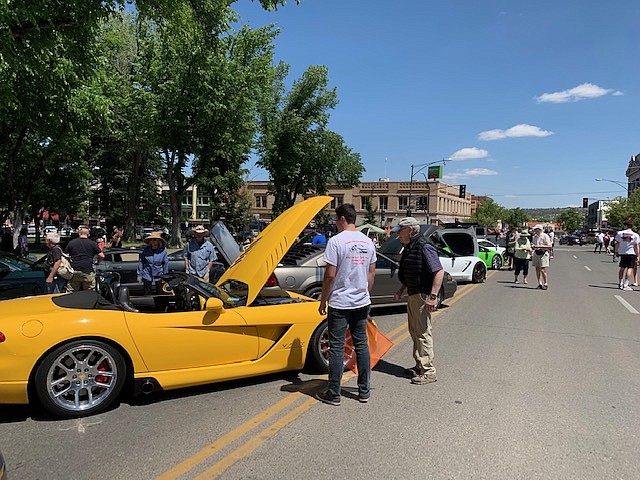 The third annual 21st Century Car Show is scheduled for downtown Prescott on Cortez St. June 6, 2020. There is a $20 registration fee for car owners. To register your car for this event or for more information, visit, 21stcenturycarshow.org. Admission is free for visitors. (Charles Hicks/Courtesy)

The third annual 21st Century Car Show is scheduled for downtown Prescott on Cortez St. June 6, according to a release.

“Not only is it likely to be the first major car show in the state of Arizona this year, but it will also feature all vehicles newer than model year 2000,” a press release read.

The show began in 2018 in an effort to draw a different gathering of cars and people than has already been displayed in other car shows across the state.

When asked about how the third annual event was shaping up, founder Charles Hicks said, “We are showing tremendous growth from last year, despite the hiccups in today’s time. I want to provide life to the downtown district again. They all need it, and it’s my mission to give the shops new business in a safe and healthy manner.”

In 2019, the 75 vehicles at the 21st Century Car Show raised nearly $3,000 for the Prescott Unified School District. Hicks said the plan is to donate to PUSD again this year.

“This year we are on track to blow that number out of the water,” Hicks said. “Above all else, I’m trying to create a scene with the coolest cars, greatest people, and best downtown hospitality all in one place. I think that is, and will always be, downtown Prescott.”

Multiple awards will be given to car participants. Visitors can vote on their favorite cars in select categories. Admission is free for visitors. There is a $20 registration fee for car owners. To register your car for this event or for more information, visit 21stcenturycarshow.org.