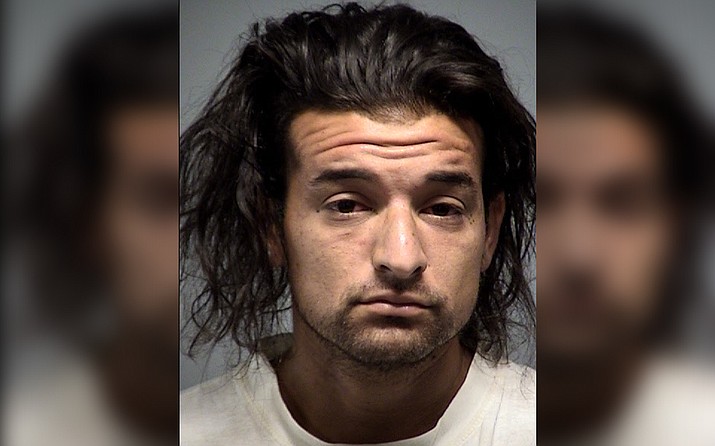 Prescott Valley police on Monday afternoon arrested a 29-year-old man who they say physically assaulted and strangled his girlfriend in his vehicle before later running his vehicle into a business in the 6400 block of East Second Street.

At about 2:30 p.m. Monday, Prescott Valley police dispatchers say they received several calls reporting a vehicle driving erratically and “doing doughnuts” in the parking lot of a business on East Second Street.

The suspect ultimately drove his vehicle into a rollup door of the business and attempted to break into the building, police stated in a news release. Unable to enter the building, the suspect fled the scene, but not before causing about $75,000 worth of damage to the building and the inventory inside, police added.

Earlier, police say, Crispin’s girlfriend had escaped the vehicle and ran to the business. The suspect gave chase and nearly caught his girlfriend before employees of the business locked him out, police reported. That’s when the suspect began driving erratically and rammed his vehicle into the business before fleeing, police added.

PVPD encourages members of the public to notify the department immediately if they see any suspicious activity in and around town.