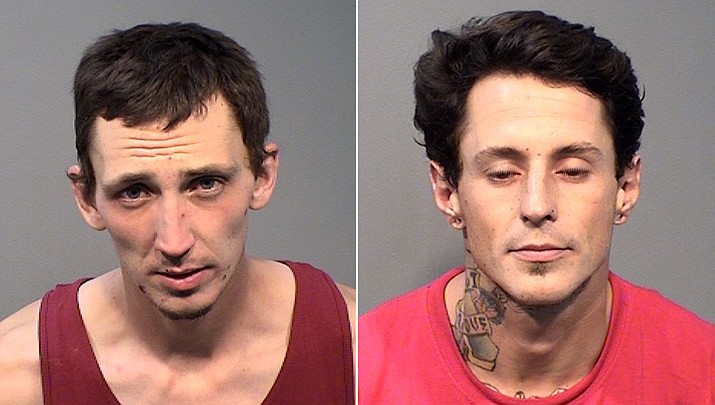 An ongoing investigation into two fatal fentanyl overdoses — and three other non-fatal overdoses — resulted in the mid-June arrests of two suspected Prescott dealers, one pleading guilty and sentenced to 3.5 years in prison and a second on bond in the Yavapai County jail.

In a one-week period in mid-June, the Prescott Police Department handled five separate overdose incidents, two of them fatalities, according to a Yavapai County Sheriff’s Office news release on Tuesday, July 7.

Through an ongoing investigation, detectives from Partners Against Narcotics Trafficking (PANT) were able to link two of the non-fatal overdoses to 26-year-old Dylan Croghan of South Granite Street.

On June 26, a search warrant was served on Croghan’s residence. Croghan and another man, identified as 32-year-old Michael Thornburg, were in the home at the time, and Croghan was arrested and taken into custody. Thornburg fled the house, but was apprehended a short time later.

The search of the premises, and the suspects, uncovered several fentanyl pills “consistent with those involved in the overdoses” as well as a supply of methamphetamines, 188 prescription pills, marijuana and drug paraphernalia assorted with drug sales, the release said.

Authorities confirmed Tuesday that the fentanyl pills were the M-30 mimic pills authorities have been seeing in the area.

A police scanner was also found but the news release stated it proved useless to the suspects as PANT detectives do not announce any of their activity over public airwaves.

Croghan was booked on multiple drug sales and weapons charges. Since the arrest, Croghan was found guilty on several counts of sale of narcotic drugs, weapons misconduct and possession of drug paraphernalia. He was recently sentenced to 3.5 years in prison.

PANT detectives offered a thank you to the Prescott Police Department “for their valuable assistance,” the news release states.