Look across the universe at ERAU-Prescott planetarium 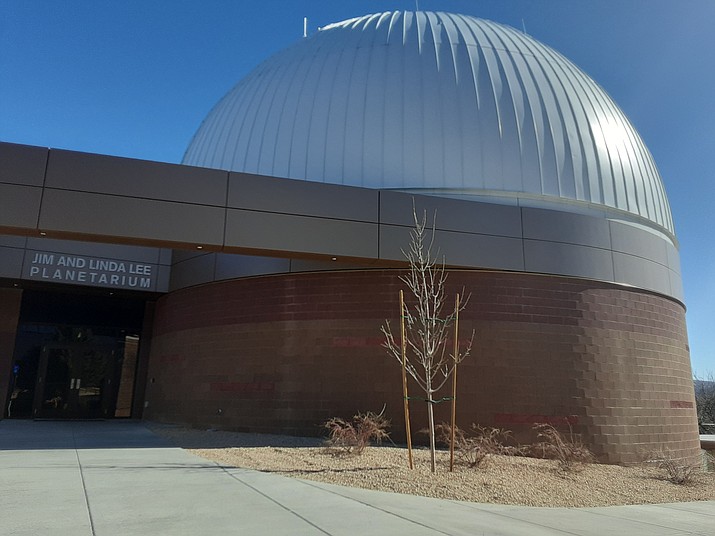 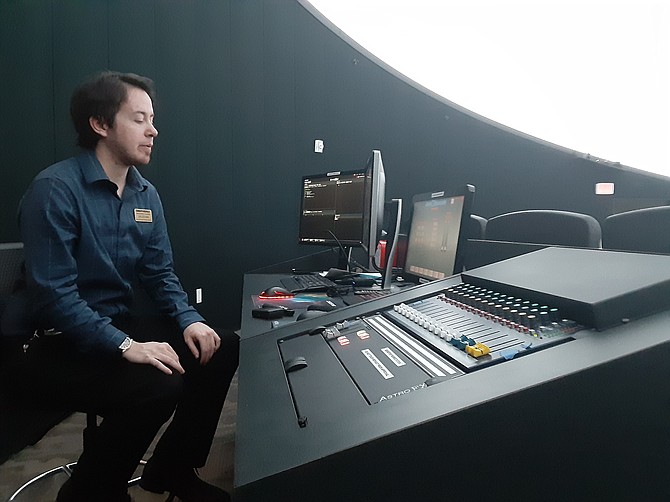 Walking into the Jim & Linda Lee Planetarium on the campus of Embry-Riddle Aeronautical University for the first time, you might expect to see an image of the night sky projected from a star ball in the middle of the room.

Instead, you’ll find a dome 47 feet in diameter with two digital projectors that Director Eric Edelman said can project on its entire surface in 4K resolution. The graphics processors can bring in any data necessary to model or represent, and can interact with different majors on campus as well as make shows for the public.

The Jim & Linda Lee Planetarium opened in October 2017 and is the only Arizona planetarium north of Phoenix. More and more shows have been offered at the planetarium lately because of building momentum and content creation, Edelman said. He’s the only full-time employee, and it takes a lot of money and effort to get things going, he said.

“I would love an army of planetarium folks to make things constantly all the time. One of my big goals is to grow the resources to expand the staff so we’re continually producing more content,” Edelman said. “We’ve reached a point where I’ve created enough and we’ve purchased enough content that we can do things a little more consistently than we have. It’s definitely going to be a gradual process.”

Tickets for all these shows are $6, available online at prescott.erau.edu/about/planetarium/public-shows.

A couple different factors go into picking what kind of shows are presented at the Jim & Linda Lee Planetarium, Edelman said. One is his specialties, he said.

“I know that I can make an enjoyable show with things that I know well, and I want to make sure I’m carefully vetting the topics so that I’m giving people accurate information,” Edelman said. “The less I know about it, the more difficult the curve is to do the show well. I’ve often focused on things I’m more knowledgeable about. I have a bachelors and master’s degree in astronomy and my specialty had a lot to do with exoplanets, so that was one of the first specialty shows that we did about planets orbiting other stars.”

A survey also goes out after every public show so he can solicit opinions from people, he said. He’s bringing a lot of different topics and seeing what sticks in the community, Edelman said. So far, he’s learned there are a lot of different people out there with a variety of interests, he said. Some audiences, Edelman said, will never show up for an intense science talk but want laser light shows, and some would never go to a laser light show but want a strong lecture. Others want more entertainment and shows for their young children, he said.

In all, the message he’s getting from the Prescott community is that it’s diverse and so he’s building up in a few different areas such as scientific talks from professors on campus and presentations on the constellations, Edelman said. Looking ahead, he said he wants to expand with a growing staff and grow momentum and interest for shows. Eventually the planetarium could have a monthly star talk or show on a different astronomy topic, the laser light shows could have a set time every year along with set times for planetarium lectures, so that it becomes a part of the culture of the community, Edelman said.

What he wants to do ultimately is break down the ivory tower, he said.

“There’s a lot of people that I think can feel that astronomy is for people that have thousands of dollars to buy really expensive telescopes or tens of thousands of dollars to get the degrees to understand all these intense, esoteric topics,” Edelman said. “I want to say no, astronomy is for everybody and how anybody vies the universe or the night sky.”

Explore the 'Prescott Winter Night Sky', Jan. 17-18
Planetarium offers shows, events through November
Bring your sweetie to 'Romance Among the Stars,' Feb. 14-15
Our Many Moons: Jim and Linda Lee Planetarium July 26, 27
Phantom of the Universe: The hunt for dark matter Aug. 3