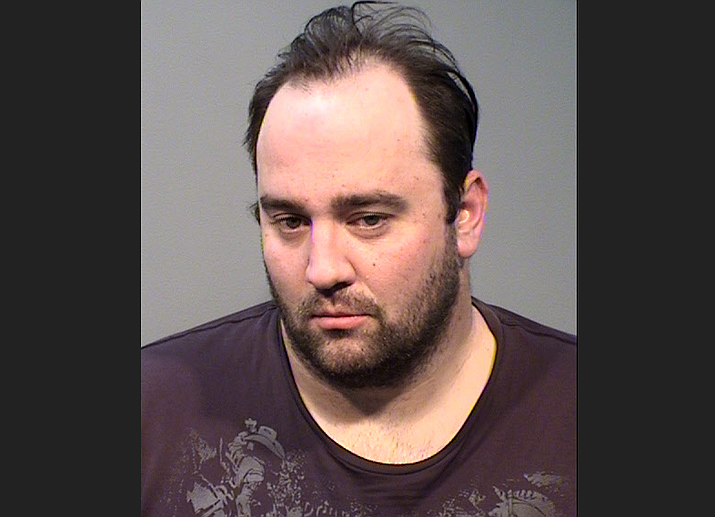 In recent months, detectives at the Yavapai County Sheriff’s Office (YCSO) received a tip that 34-year-old Michael Egbert from Prescott was likely in possession of child pornography.

With assistance from detectives at the Prescott Police Department, images were obtained by search warrant from an internet provider showing, in some cases, pre-pubescent girls in sexual positions. Further investigation attached the internet account to a specific address on McIntosh Lane in Prescott and the home of Michael Egbert.

YCSO detectives sought and received a search warrant authorizing the search of the home for evidence of child pornography. The warrant was served on Jan. 15.

Egbert wasn’t home at the time, but detectives seized electronic devices capable of storing data. They also found 15 grams of methamphetamine and associated paraphernalia inside a safe belonging to Egbert.

That evening, Egbert was found at his job in Prescott Valley and arrested. He declined to discuss the investigation.

Egbert was booked into the Yavapai County jail in Camp Verde on several charges, including possession/distribution of minor in a sexual condition and possession of a controlled substance for sales (methamphetamine). Egbert remains in-custody on a bond of $150,000.

“Child Pornography is not a victimless crime,” YCSO spokesperson Dwight D’Evelyn said. “These children had to endure the circumstances they were forced into while being photographed, and then every time images are shared, a perpetual living memory of the event exists.”