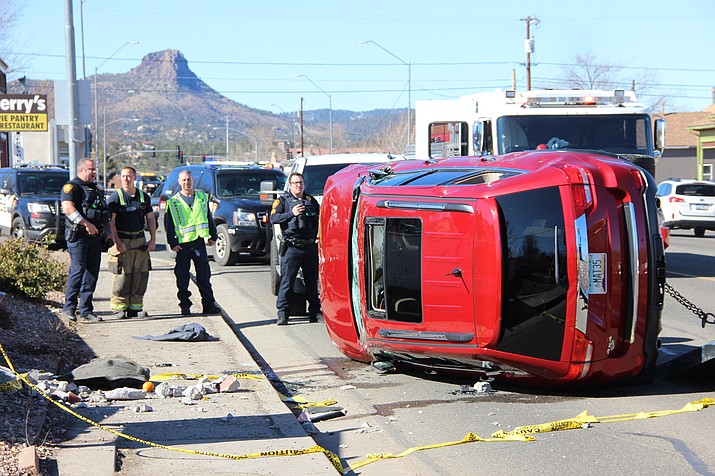 First responders manage a single-vehicle crash on E. Sheldon St. Monday, Jan. 27, 2020. A Jeep was driven through a car wash’s concrete barrier and ended up on its side in the eastbound lane. (Max Efrein/Courier)

In what has been deemed an accident, the driver of a Jeep nearly ran over a car wash employee before driving over a concrete barrier into E. Sheldon St. in Prescott on Monday, Jan. 27.

Garrett Cramp, an employee of the car wash, said he was ushering the Jeep out of a car washing machine around 11 a.m. and gave the driver a signal to press on the brakes so as to let the machine’s rollers finish pushing the Jeep out.

“We don’t want to damage our track, let alone damage his vehicle, so I gave him the command to stop,” Cramp said.

But Cramp quickly found himself in a precarious situation (as shown in security footage taken at the car wash).

“It happens every now and then, even if you’re a regular or not: They’ll hit the gas instead of the brake, and this time it just ended up being a lot more deadly than it should have been,” he said.

Thanks to his fast reflexes, Cramp was able to just barely get out of harm’s way by pushing himself off of the Jeep’s front end.

He then watched as the Jeep drove through a shallow concrete barrier and roll into E. Sheldon St. Though there was traffic along the roadway, no other vehicles were damaged in the crash. 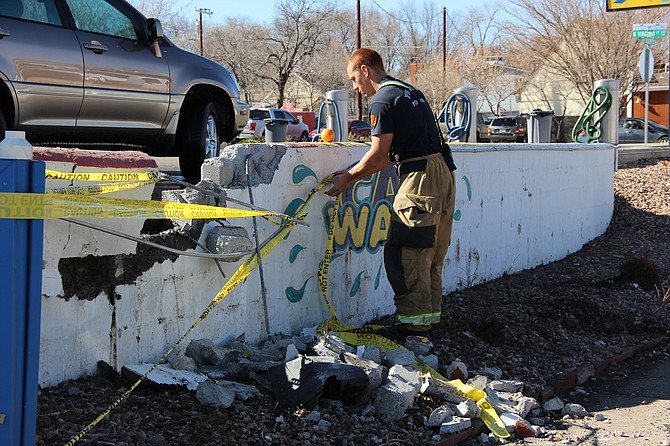 After the shock of the situation, Cramp and other employees of the car wash jumped down to check on the driver, a 76-year-old man.

When Prescott Fire Department (PFD) arrived, they used tools to extricate the man from the vehicle.

“The patient was transported to the hospital for evaluation, but it appeared he had really minor injuries,” said Dan Morgan, a battalion chief with PFD.

Mackey van Huizen, the owner of the car wash, said the driver of the Jeep was a regular customer who had just recently purchased the vehicle.

“Adjusting to a new car, he just did the wrong thing,” van Huizen said. “We’ve certainly seen YouTube videos of it happening elsewhere, but not here.”

The Prescott Police Department conducted an investigation and confirmed that the man’s actions were accidental, said Lt. Jon Brambila. No citations were issued. 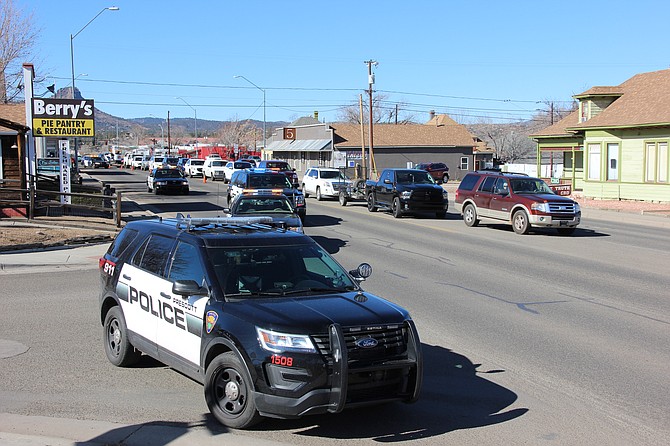 Prescott police block off a portion of eastbound Sheldon St. in Prescott due to a single vehicle crash on Monday, Jan. 27, 2020. (Max Efrein/Courier) 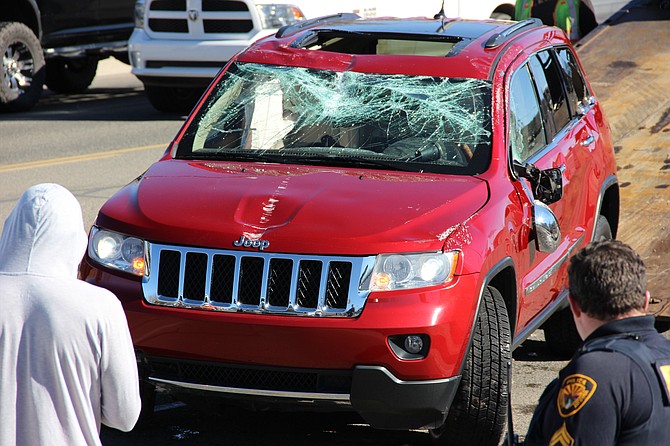 A Jeep that was driven through a car wash’s concrete barrier in Prescott on Monday Jan. 27, 2020. (Max Efrein/Courier) 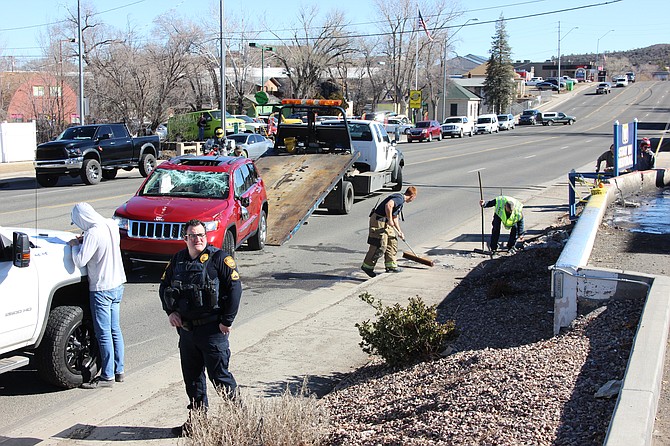