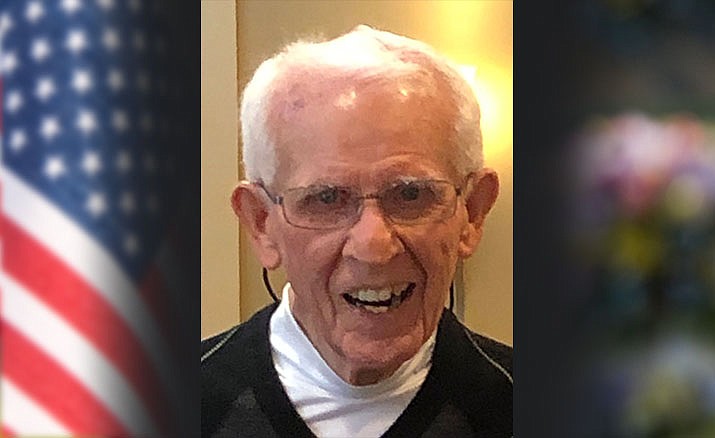 Frank Lawton Waples, age 92, passed away on Tuesday, January 14, 2020 at his home in Prescott, Arizona, surrounded by loving family and his wife of 70 years.

An active member of the Prescott community, he chaired the ISSD Board for 10 years and offered financial direction to countless small businesses in the area, including the Prescott Racquet Club during the time it was family-owned. He was an avid tennis and pickleball player, skillful at chess, enthusiastic about bridge, and a travel guide extraordinaire. He will be remembered for his quiet ways, his business acumen, and his wit and wisdom which will be deeply missed.

Frank, or Lawton, as he was known to many, was born to Frank Ballard Waples and Fern Edith Lawton Waples on August 28, 1927. He grew up in Downers Grove, Illinois, where he attended the Avery Coonley School, an exceptional experience to which he always attributed his future academic success.

He graduated from Downers Grove High School and joined the Navy in 1945. After the war was over, Frank attended Northwestern University in Evanston, Illinois, where he studied business and met his wife, Patricia Jane Dodge. He graduated from Northwestern in 1950, and he and Patricia were married in Ames, Iowa on December 16th of that year. Frank attended Harvard Business School in Boston, Massachusetts and graduated with his MBA in 1952. He accepted a position with Procter & Gamble in Cincinnati, Ohio and was transferred to Sacramento, California, where the Waples family lived for 18 years.

Frank then worked for Davidson Sunbeam Bread and Wagner Mining in Portland, Oregon. When his company was bought out by PACCAR, he moved to Seattle, Washington, spending five years in Congleton, England as director of finance for Foden Trucks. After retiring in 1991, Frank and Patricia moved to Prescott to enjoy retirement.

A celebration of Frank’s life will be held on Sunday, February 16, 2020, from 2 - 6 pm at the Waples residence. In lieu of flowers, please consider making a contribution in Frank’s name to the American Parkinson Disease Association (APDA).