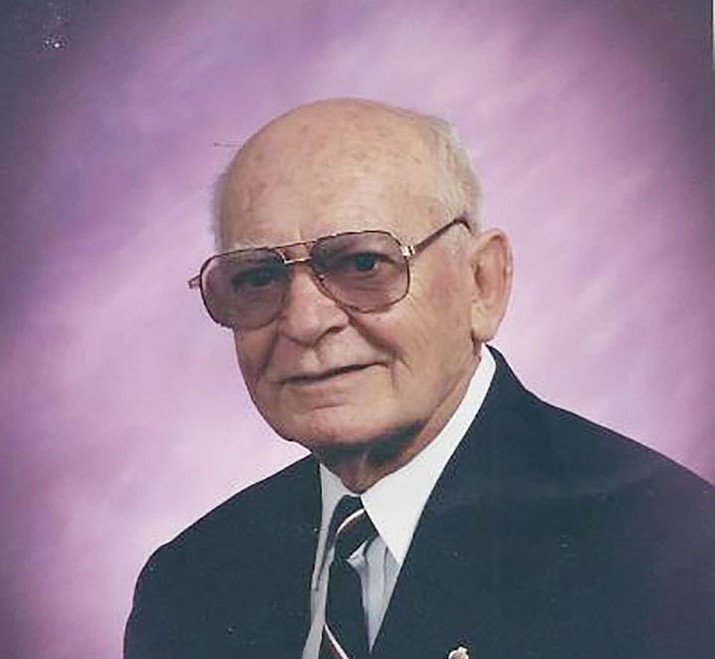 They moved to Texas and then North Carolina before settling in Prescott, Arizona, their favorite place of all places they’ve lived. Milt is a WWII veteran and served in the US Army in the Philippines where he heroically saved a sergeant’s life by crawling under a Japanese machine gun fire curtain to bring the sergeant to safety under a log until aid arrived.

He served for almost 4 years achieving the rank of Staff Sergeant. Milt also worked for Bethlehem Steel as a train engineer for most of his career.

Mary passed away on Nov. 1, 2016, in Prescott. Since then Milt has kept busy with his church activities and keeping up his house. He still does laundry, cooking and cleaning mostly on his own.

His advice for growing old gracefully is stay active, don’t sit too long and trust in the Lord. How did Milt spend his 100th birthday week? He replaced a broken board on his front steps and then painted his whole porch! We’re waiting to see what he finds to do for his next birthday.