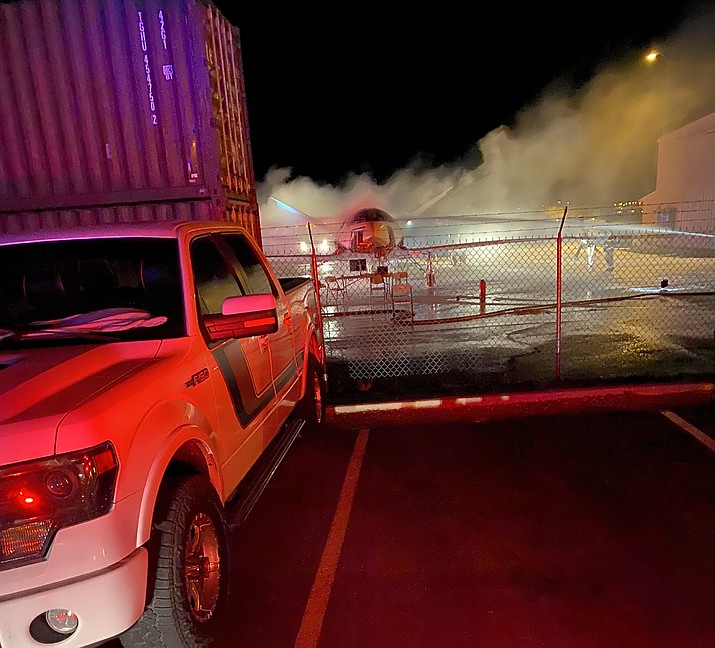 The Prescott Fire Department puts out a fire from the Eviation all-electric plane, "Alice," that was doing ground testing. Prescott Fire was on standby for the planned test and quickly extinguished the fire. No injuries were reported. (Prescott FD/Courtesy)

Click HERE to view the latest on this topic.

A fire incident at the Prescott Regional Airport on the evening of Jan. 22, 2020, damaged an Eviation aircraft engaged in ground testing.

According to a news release from the City of Prescott, the Prescott Fire Department was on standby for the planned test and quickly extinguished the fire. No injuries were reported.

Area residents were informed by the Code Red System and additional fire public safety units were dispatched as precautionary measures.

No commercial flights were impacted, but the airport terminal was evacuated. According to the release, airport operations returned to normal by 9 p.m.

Information provided by the City of Prescott and Courier reporter Cindy Barks.