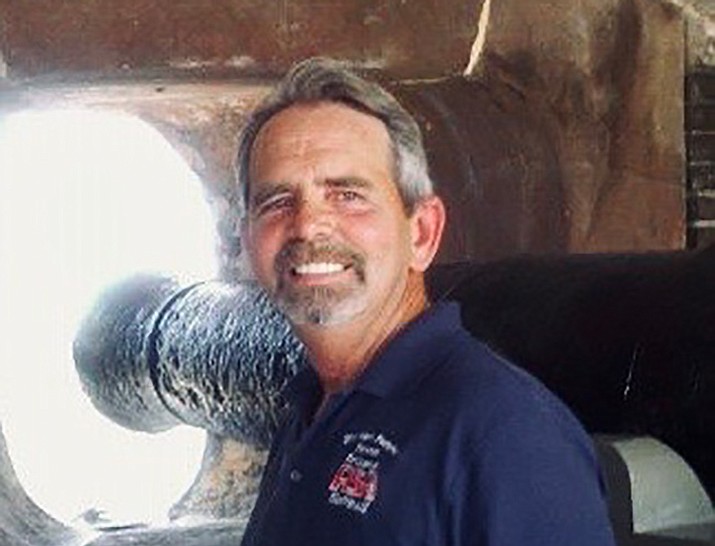 Thomas Michael “Mike” Davidson was born in South Bend, Indiana, to parents Richard and Eileen Davidson on September 3, 1954. He was the youngest of 4 children. Mike passed away at home in Prescott after a long battle with cancer on January 13, 2020.

Mike and his family moved to Prescott in 1957 where he attended Sacred Heart School, Prescott Junior High, and then Prescott High School. As a child, baseball was his passion, and he played all the time. In 1967, Mike was part of the only Prescott Little League team to win the Arizona State Championship. And in High School, he was part of the Hall of Fame 1971 Baseball team that came in second in the state championship.

Mike was a staple of the Prescott community, working at Safeway for 35 years, later working at Prescott Parks and Recreation, coaching various sports, bowling, playing softball at Ken Lindley, and volunteering at the Smoki Museum. In the late 1990’s, Mike started officiating football, baseball, and basketball, but his passion was umpiring softball.

He was the Arizona Umpire in Chief, umpired dozens of national tournaments and was honored to umpire behind the plate for the USA Olympic Team when they visited Prescott in 2008. Mike had a special way with people. He had a personality that could light up a room. He could brighten a day with a joke or diffuse a tense situation with his calm, light-hearted demeanor. He always had a smile for anyone willing to accept it. In turn, he was blessed with many friends and acquaintances.

Mike was preceded in death by his parents, sister Mary, and brother John. He is survived by his wife, Georgia; son, James; daughter, Hannah; brother, Rick and three grandchildren.

In lieu of flowers, Mike’s family would like donations to be sent to the Mike Davidson Scholarship Fund at the Prescott Girls Softball Association (PGSA), P.O. Box 3015, Prescott, AZ 86302.