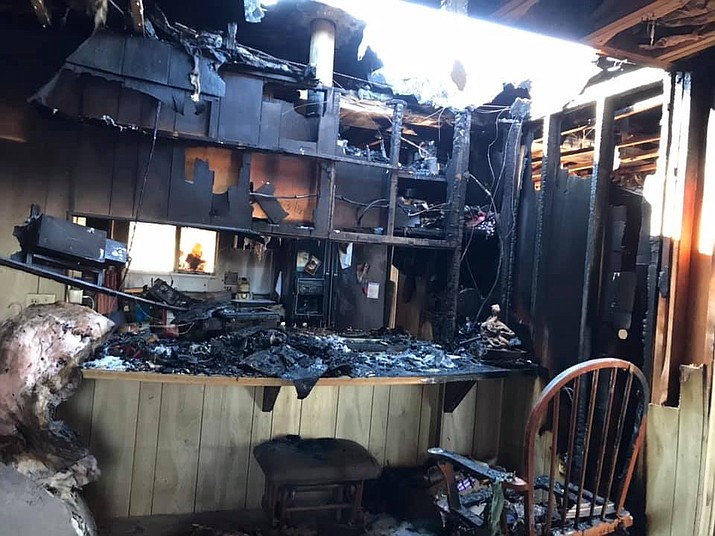 Three dogs and one cat were killed from smoke inhalation after a fire erupted at a Chino Valley home in the 2600 block of Eldred Road at 11:15 a.m. Saturday, Jan. 18, according to a news release from Central Arizona Fire & Medical Authority Fire Marshal Rick Chase.

The residents were not home at the time.

Four engines, two water tenders, a battalion chief and a fire investigator responded after a neighbor who heard smoke alarms and saw the smoke called 911.

The heaviest fire damage was in the kitchen and dining area, and a large portion of the residence had smoke and heat damage.

Crews remained on scene for several hours performing overhaul operations and investigating the incident. An Arizona Crisis Volunteer and the American Red Cross provided additional assistance to the resident and the Chino Valley Police Department and Yavapai County Sheriff’s Office were also at the scene.