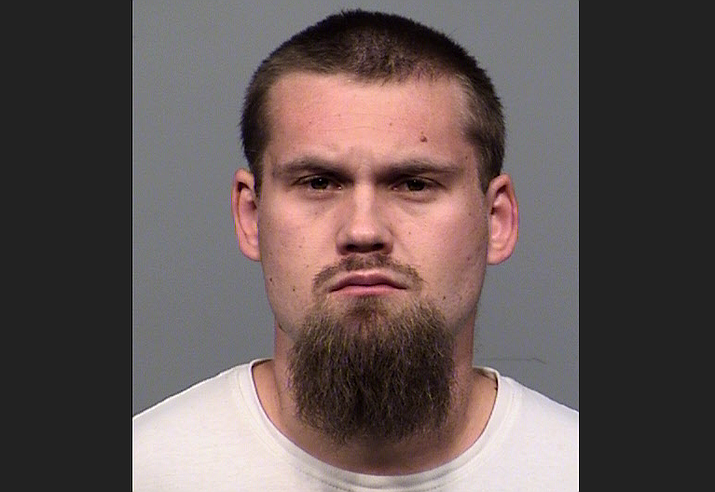 A Cottonwood man who was arrested on Saturday, Jan. 11, for exposing his genitals to children has been arrested again – this time for child pornography.

Prior to 29-year-old Cody Shanks’ initial arrest, detectives were already reviewing a tip that he may be in possession of child pornography, according to a Yavapai County Sheriff’s Office (YCSO) news release.

During an interview with Shanks at the time of his original arrest, he consented to allow detectives access to cells phones and other electronic devices he uses on a regular basis, the release states.

A search warrant was obtained and detectives began a forensic review of the content on the devices. They found at least 14 images/videos of children under the age of 15 involved in sexually exploitive positions or behavior, the release states.

Shanks admitted to downloading and possessing the images. On Jan. 16, detectives booked him on 14 counts of sexual exploitation of a minor under the age of 15. Shanks remains in the Yavapai County jail in Camp Verde on a $75,000 bond.