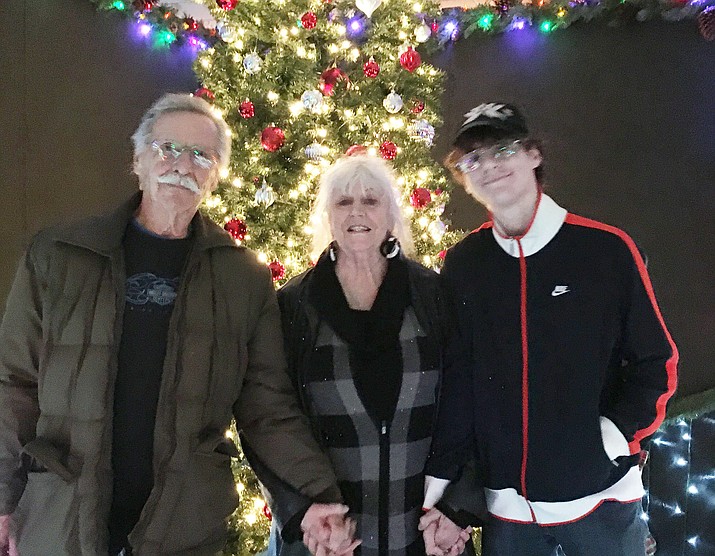 Randy and Melodie Passmore with their orphaned grandson Collin Clabaugh. The homeowner’s association board at the senior living community their home is in is saying Clabaugh can’t live them because he doesn’t meet the community’s age requirement. (Melodie Passmore/Courtesy) 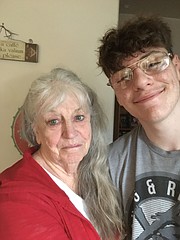 A 15-year-old boy whose parents both died in 2019 is now facing eviction from his grandparent’s Prescott home because of rules being enforced by their senior living community.

Collin Clabaugh first came to live with his grandparents in December 2018 after his mother was admitted into a hospital near their home in California.

Two months later, his mother died. Two weeks after that, his father took his own life.

His grandparents, 72-year-olds Randy and Melodie Passmore, subsequently became his guardians, and wholeheartedly welcomed him into their lives. But a letter to the family in May 2019 made the situation even more complicated.

The letter had been sent by a law firm representing their homeowners association, The Gardens at Willow Creek, Inc. It stated that Clabaugh couldn’t permanently live in the 55-plus community because the minimum age to live there is 19. They were given a deadline of June 30, 2020, to find alternative housing for Clabaugh.

The Passmores pleaded with the homeowners association to make an exception given the circumstances.

“We didn’t plan this,” Randy said. “We didn’t move here with the idea that Bonnie (Clabaugh’s mother) would die in the hospital and then our son would commit suicide.”

But the association wasn’t moved, and instead reaffirmed its position via their lawyer, Jason Miller, in a December 2019 letter:

“All of the Board members understand that these are difficult circumstances,” the letter stated. “However, the entire reason for the community’s existence as an age-restricted community is to allow for deed restrictions that restrict children from residing in the community.” 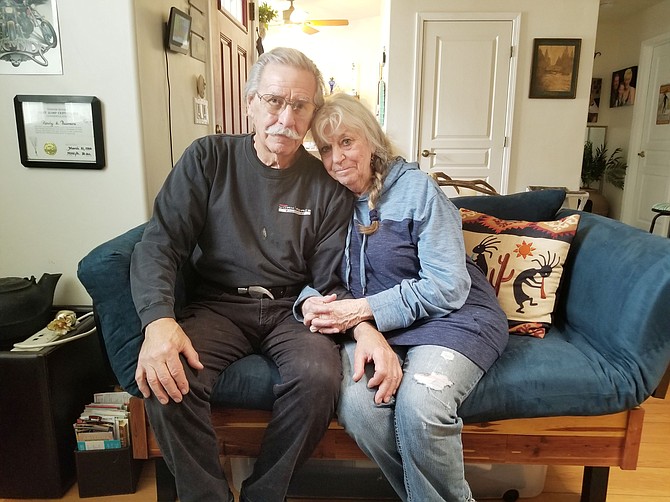 Randy and Melodie Passmore sit in their Prescott home on Jan. 16, 2020. (Max Efrein/Courier)

The letter went on to say that making an exception could set a precedent and open the association up to legal issues:

Not wishing to kick Clabaugh out or sell their home, the Passmores hired their own attorney, Kristyne Schaaf-Olson, and is challenging the association’s decision.

“There are a lot of different perspectives legally that we could be taking on this,” Schaaf-Olson said. “Our position is that the board has discretion to offer an exception and exemption under their rule and the law.”

According to the Housing for Older Persons Act of 1995, individual homeowners’ associations in age-restricted communities do have a degree of leeway in the restrictions they choose to place on their communities. It requires that at least 80% of the occupied units are occupied by at least one person older than 55, but individual associations are free to allow families with children to live in the remaining 20% of the units if they wish to.

Bret Cope, vice president and executive director of Touchmark at the Ranch, another 55-plus community in Prescott, said that this is his understanding of the law, and that Touchmark’s campuses have made exceptions in situations similar to the one involving the Passmores.

“I know we’ve had younger family members living with their parents for any number of reasons,” Cope said.

As of Jan. 16, Miller said he has only been authorized to release the following statement on behalf of the board of the directors of the Gardens at Willow Creek:

Clabaugh said this whole situation has been hard on him and his grandparents. His hope is that he simply gets to stay with them in their retirement home and continue focusing on rebuilding his life here in Prescott. 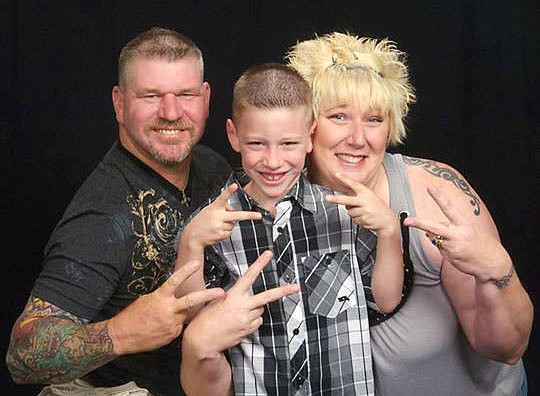 Collin Clabaugh with his parents when he was young boy. After the death of both his parents, Clabaugh moved in with his grandparents in Prescott. He is now facing eviction from their home due to rules being enforced by their senior living community. (Courtesy)

Editorial: It’s time to act like a community and do the right thing for Collin
Letter: Our lifestyle
AZ lawmakers put homeowners associations back on their plate
HB 2824
Chandler firefighters help rescue dog from tunnel dug by tortoise