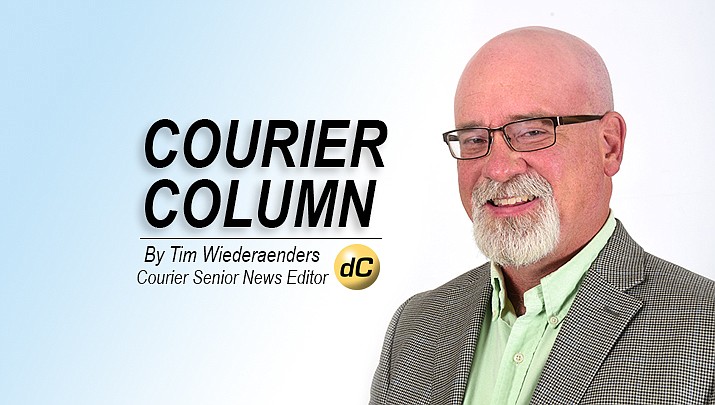 • INFLUENCE – A letter that came in this week from “Nancy” made very salient points about what is wrong with this country. Her letter was in response to one by Susan Lanning, which cited the caging of children at the border, denying health care to the most vulnerable and enriching the wealthiest Americans at the expense of the poor and middle class.

Nancy mentioned that others also write about the polarization of Americans, as well as the absence of civil and meaningful discourse within the government.

All good, but it gets better. “I believe there are two possible causes for this situation: the totally biased, so-called news media and the toxic influence of money in our elections,” Nancy wrote.

In 1949, the FCC instituted the Fairness Doctrine, which required broadcast news media provide balanced reporting of opposing political opinions. In 1987, the FCC stopped enforcing this and scrapped it in 2011. “This, combined with the proliferation of one-sided news networks, has helped create a situation in which people only tune in to ‘news’ stations that reinforce their views,” Nancy aptly stated.

In 2010, the U.S. Supreme Court, siding with Citizens United against the Federal Elections Commission, ruled that corporations can spend unlimited money to promote their candidates. Once elected, these officials vote as their benefactors wish, she added.

Nancy and I would conclude then: What can voters do?

“We can sign the Move to Amend petition...to end corporate personhood (www.MovetoAmend.org), sign the Outlaw Dirty Money petitions to require full disclosure of large donations to campaigns within Arizona (www.outlawdirtymoney.com), and, at least, listen to more than one news source,” she said.

I am not a fan of petitions, especially online. You do not know where your information is going or to whatever group is truly behind the effort.

I do believe, however, Nancy is right on with her last solution: listen to more than one news source. Some are left, some are right. Add in newspapers, especially community newspapers, and you get even more of the picture.

Even though newspapers were never subject to the Fairness Doctrine, we see that print is forever. And that requires even more stringent standards.

• #STOPFENTANYLNOW – The legislation, which we have spearheaded through The Daily Courier series, is moving.

This is a state bill that the Courier developed with help from County Attorney Sheila Polk and our state lawmakers, in the wake of two young men’s deaths in Prescott Valley and scores more across the Quad Cities and state. The bill’s focus is the drug dealers, requiring mandatory sentencing like that of dealers of methamphetamines.

As we stated in this space recently, if the state is going to put people behind bars, it should include those who sell deadly drugs such as illegal street fentanyl-laced mimic pills that are like bullets in a gun.

The bill goes to committee on Jan. 22. We will keep you updated.

• QUOTE – “Stand up for what you believe in, even if it means standing alone.” — singer Andy Biersack

• PICK OF THE WEEK – (Proving there’s always something good to do in the Prescott area that’s cheap or free): The Saturday, Jan. 18, fundraiser for the International Blues Challenge at the Elks Theatre and Performing Arts Center, 117 E. Gurley St. Tickets are $20 for general seating for the 3 p.m. event. It is to help much-deserving bands get to Memphis. www.prescottelkstheater.com or 928-777-1370.

Remember, as B.B. King said: “The blues is a tonic for whatever ails you.”