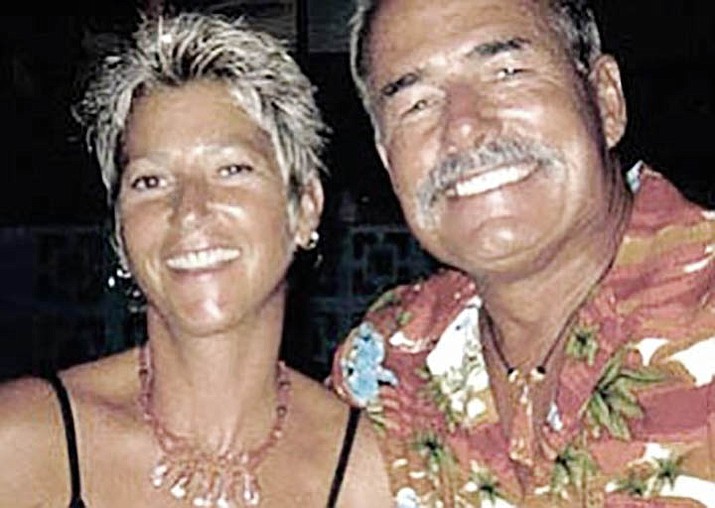 Jackie and Tom Hawks were reportedly murdered in 2004 for their yacht. (Courier, file)

The two of them disappeared while trying to sell their yacht so they could move back to Prescott to be closer to their grandchildren.

Their bodies were never found, but in 2009 former child actor Skylar Deleon was sentenced to death for murdering the couple by tying them to an anchor and throwing them overboard from the yacht off Southern California.

According to prosecutors, Deleon feigned interest in buying the nearly half-million dollar yacht and killed them during a test cruise out of Newport Harbor. He was also convicted in the 2003 killing of Jon Jarvi, an Anaheim man he met on a work furlough program.

Deleon wasn’t the only one convicted of murdering the couple. His then-wife, Jennifer Henderson was convicted in 2006 of murder and murder for financial gain, and was sentenced to two terms of life in prison without parole. Prosecutors said she crafted the plan to kill them and steal their boat and savings.

She and Deleon scrubbed the boat clean with bleach wipes in Newport Harbor.

Prosecutors also said Deleon and two other men went with the Hawks on the test cruise where they forced the couple to sign over ownership of the yacht before throwing them into the ocean as they begged for their lives.

Another defendant, John Fitzgerald Kennedy was also convicted in the murders in 2009 and sentenced to death. Myron Gardner, who was initially also charged with the murders pleaded guilty in 2009 to accessory after the fact and murder charges against him were dismissed.

Alonso Machain, who testified that he and Kennedy were on the boat with Deleon the day of the killings, pleaded guilty to two counts of voluntary manslaughter, two counts of robbery and two counts of kidnapping in 2009 as part of a plea agreement with prosecutors, according to the Los Angeles Times. He was sentenced to 20 years in prison.

“Overboard” airs at 7 p.m. on ABC, channel 15, and goes into the bizarre mystery surrounding their disappearance, how authorities collected vital clues, the confession that cracked the case wide open, the surveillance video that led investigators to uncover the plot to murder the Hawks, the potential motives behind the murder and the status of the case now, including updates on Deleon’s life on death row.