Editorial: When money is more important than sex 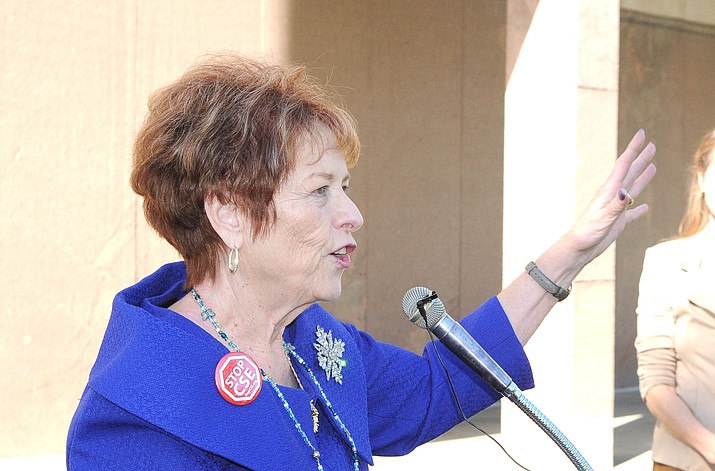 Is it business as usual down at the Legislature, even only three days into the 2020 session? Not quite.

Sen. Sylvia Allen, R-Snowflake, has introduced SB 1082, a proposal that would both limit the grades in which sex ed may be taught and provide more parental oversight. The idea is children in sixth grade and younger should not be exposed to explicit sex ed curriculum.

We get that and support it. Age-appropriate education concerning sex should always be the goal.

However, Senate President Karen Fann blocked consideration of the bill — possibly permanently — in the session’s first week, stating the controversy surrounding the topic could make it inappropriate for discussion at this time, Capitol Media Services reported.

One reason floated is that this is an election year. With an earlier-than-normal primary (Aug. 4), lawmakers want as much time as possible to campaign; thus, they want to get out of this session as quickly as possible.

OK, but we see it in a different way. In this space each year we decry the bills that detract from the business that should be happening in Phoenix. Call them frivolous bills.

While sex education is a far cry from being frivolous, like picking the state’s official vegetable, how about lawmakers keeping the eye on the ball — namely, the budget.

The state’s budget is the one thing our lawmakers must complete.

We have a surplus of more than $750 million in hand or coming. Officials need to figure out if it is recurring or a one-time benefit. They need to decide where it should go, such as back into our pockets and/or pulling education from the mire of still-occurring effects of the Great Recession.

Let’s ink the budget sooner, so school districts — and myriad other entities — will know what’s coming before they need to set their own.

Quick legislative session? Great, that could be an election-year issue in itself; it is called efficiency of time on task.

Our leaders down in Phoenix should set their guidelines: matters of money, health and safety should come first. Like-to-have proposals need to be relegated to the if-we-have-time list.

To do that, well, might even earn the lawmakers the raise they want. Who knows?