Birding: What is the protocol for cleaning our bird houses? 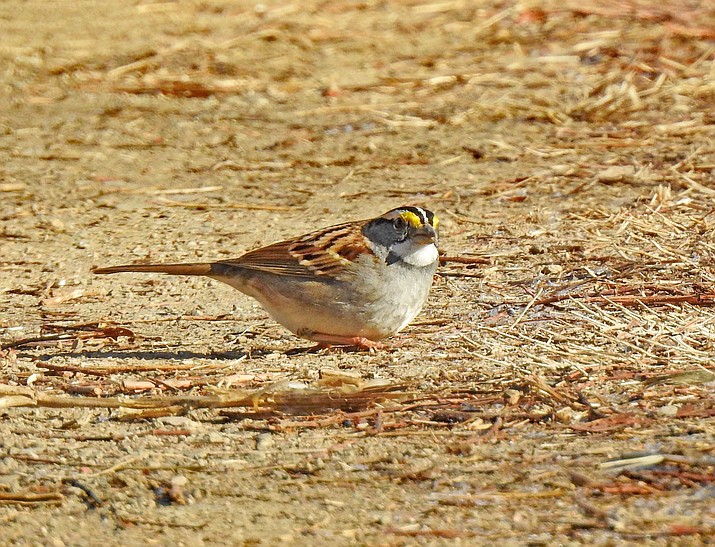 This white-throated sparrow was spotted on Jan. 3 at the west end of Willow Lake near the dog park. (Cory Shaw/Courtesy)

If you have a bird house in your yard, you may be wondering whether you should clean it out each year.  After all, cavity-nesting birds typically come back to the same nesting locations year after year.  Chances are, the nest is in a state of disrepair after raising a brood or two the previous year.

Some varieties of birds are much more fastidious than others.  For example, both hummingbirds and house finches tend to have very dirty nests.  When the babies in the nest need to defecate, they wriggle their bottoms up towards the edge of the nest to do their business—and that is where the poop stays.  After a month or two of nesting activity, the nest is unsightly and unsanitary.

Other bird species maintain very clean nests, as their young have a different behavior when they eliminate.  Their poop is enclosed in a membrane referred to as a fecal sack.  Each time a new fecal sack appears in the nest, one of the parents picks up the sack with its beak and carries it away from the nest to dispose of it.  This behavior results in a nest that is neat and tidy right up until the time the baby birds fledge from the nest.

Then there is the issue of parasites in the nest.  Adults sitting on the nest frequently act as an unsuspecting host for mites or ticks which can move from the adults to the babies.  The life cycle for these parasites includes an egg-laying stage where they lay their eggs in the nest which will hatch the following year.  When the parasites hatch out, they can affect the baby birds in the nest.

For all of the above-listed reasons, it is a good idea to clean out man-made bird houses.  Birds in nature that do not use a man-made nesting box frequently excavate a new nesting cavity in the trunk of a tree each year, which prevents issues such as unsanitary conditions or parasites.

If you have put nesting boxes in your yard, I would recommend cleaning them out annually.  Good quality nesting boxes should have a latch or a mechanism where you can open either the lid or one of the sides and remove the previous year’s nest.

What time of year should this be done?  In my opinion, the best time to clean out nesting boxes is late winter before birds begin nesting activity in the spring.  This way the birds that roost in the bird houses in winter will have the benefit of all of the nesting material in the box during the cold winter months.  Cleaning nesting boxes out in the fall would deprive the birds of the insulation the nesting material provides when the birds hunker down to roost inside bird houses each night.

On a separate note, I was leading a Jay’s Bird Barn sponsored bird walk to Willow Lake a little over a week ago and we found a white-throated sparrow along the trail near the Cottonwood Peninsula.  Ironically, while we saw this uncommon and amazingly beautiful white-throated sparrow we didn’t see a single white-crowned sparrow that day!

On a Jay’s Bird Barn bird walk to Watson Lake this past week we were joined by two individuals with the Arizona Game and Fish Department.

They filmed our bird walk and some of the footage will be used in a television show they are producing called ‘Bird Watching Across Arizona’.  The show will air later this year on KAET, PBS channel 8 (I’m not sure when) so be on the lookout for it.

Eric Moore is the owner of Jay’s Bird Barn, with two locations in northern Arizona — Prescott and Flagstaff. Eric has been an avid birder for over 50 years. If you have questions about wild birds that you would like discussed in future articles, email him at eric@jaysbirdbarn.com.