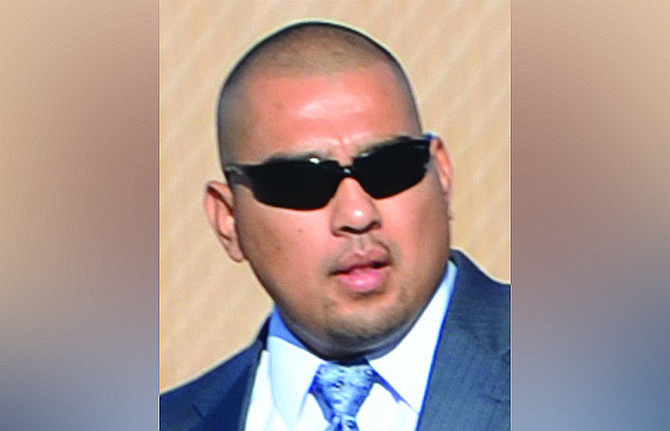 Cecilo Cruz is accused of the 1997 death of Marisol Gonzales and her unborn son, Andrew. The trial is set to begin Wednesday, March 25, 2020, at the Yavapai County Superior Court in Prescott. (VVN file photo)

Yet another trial delay has occurred for the man accused in the 1997 death of Marisol Gonzales and her unborn son, Andrew – and the trial is now set to start one day after the anniversary of the death of the victim.

Cecilo Cruz has had his murder trial moved back from January to March. The trial had been set for Jan. 8, 2020, for the past nine months.

Gonzalez was found shot and killed in an alley in Cottonwood on March 25, 1997. She was 17 years old, as was Cruz.

Cruz’s 18-day trial is set to begin Wednesday, March 25, 2020, at the Yavapai County Superior Court in Prescott, according to court records. The trial will have a 12-person jury; the presiding judge will be Tina R. Ainley.

The reason for this most recent change is that a judge retirement forced the case into another division, which turned out to be Judge Ainley’s Division 3. The March 25 start date was the earliest time a trial could begin on her calendar.

Jan. 8 had been a firm trial date, according to case minutes. No continuances were to be allowed.

Cruz was approved to travel to Mexico in October for a family wedding. He appeared telephonically for a hearing this month in Prescott.

Between March 24 and 25, 1997, Cottonwood Police Department began investigating the death of Gonzalez and her unborn son, Andrew. According to police, she was found early in the morning with a gunshot wound to her face in an alley just a short distance from her home.

A memorial with a cross and flowers continues to stand today in the alley off Birch Street, between 13th and 14th Streets.

In September 2014, Cruz was indicted on murder and manslaughter charges.

The two dated in high school, and she found out that she was pregnant with his child after they broke up.

Her body was found in an alley near her Cottonwood home the same day she was scheduled to be induced to deliver the baby boy she named Andrew, according to police.

Since 2014, the case has seen multiple delays with two teams of public defenders withdrawing themselves, citing ethical conflicts. The case was also featured on TNT’s Cold Justice.

The Verde Independent is a sister publication of The Daily Courier in Prescott.