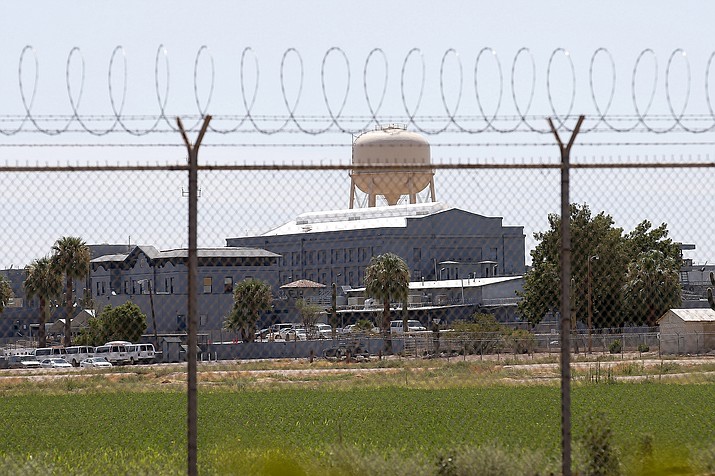 This July 23, 2014, file photo, shows a state prison in Florence, Ariz. Attorneys trying to renegotiate a settlement over health care in Arizona's prisons say they're unable to reach a new deal. A judge will now have to decide whether to order more mediation sessions or toss the earlier agreement and schedule a trial. Attorneys for the inmates said Monday, Jan. 13, 2020, that they want a trial. (AP Photo/File)

PHOENIX — Attorneys trying to renegotiate a legal settlement over the quality of health care in Arizona’s prisons say they’re unable to reach a new deal, leaving it to a judge to decide whether to order more mediation sessions or toss the earlier agreement and schedule a trial.

The negotiations were ordered three months ago by U.S. District Judge Roslyn Silver, who criticized the state’s persistent failure to follow through on promises in a 5-year-old settlement to improve inmate care. It arose from a lawsuit saying some prisoners complained that their cancer went undetected or that they were told to pray to be cured after begging for treatment.

In a court filing Monday, lawyers representing the state and inmates laid out their disagreement on how to move forward.

Attorneys for Arizona’s 34,000 inmates want a trial. The state is asking for more mediation sessions, arguing that the judge doesn’t have the power to modify the agreement because it was a private deal between the state and prisoners, not a court order.

The state's failure to comply with the settlement led to a 2018 civil contempt-of-court finding against then-Corrections Director Charles Ryan and a $1.4 million fine against Arizona.

Silver has threatened a second round of contempt fines.

Lawyers for the inmates also previously asked the judge to take over health care operations in all state-run prisons and appoint an official to run medical and mental health services because of a repeated failure to improve care.

A report by a court-appointed expert concluded understaffing, inadequate funding and privatization of health care services are significant barriers in improving health care in the 10 state-run prisons.

The state denied allegations that it was providing inadequate care, and the lawsuit was settled without the state acknowledging any wrongdoing.