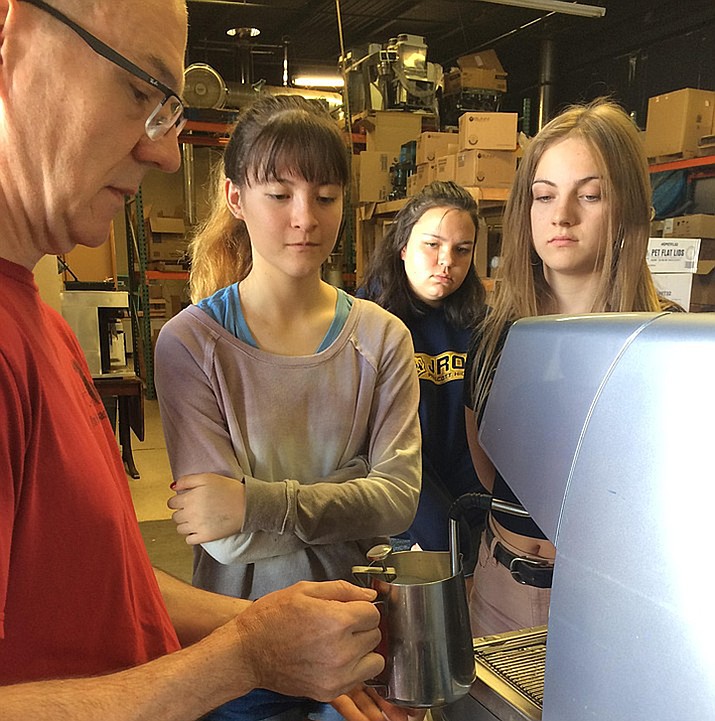 In her 20s, Lynda Bennett admits, her life was a “train wreck.”

She was a mother with two children working a so-so job just to pay the bills. Limited education squashed higher aspirations.

Until one day when she cold-called a business entrepreneur.

From a phone conversation, Bennett said the gentleman, who she never met in person, recognized talents she had never before considered.

His encouragement ignited a spark.

MENTORING: MAP TO THE FUTURE

Bennett eventually earned a master’s degree in sociology and built a career as a community advocate, educator and leader in nonprofit organizations across multiple states. Her work over the years enabled her to see the value of mentoring, whether she was working with homeless veterans, people diagnosed with HIV/AIDS or convicted felons seeking a second chance in their home community.

In April, Bennett accepted a new role as a community outreach coordinator for First Things First — she is eager to be on the prevention side rather that striving to bandage societal wounds for the disenfranchised.

On Saturday afternoon, Bennett was one of several community leaders hosting workshops for the second day of Yavapai Big Brothers Big Sisters’ first two-day “Power of Mentoring” symposium held at the Prescott Resort and Conference Center on Friday and Saturday, Jan. 10 and 11.

Some 150 people from across the community attended the symposium that tapped educators, nonprofit agency providers, government officials, law enforcement and business leaders, to share the value of mentoring, be it for a child or teenager, a single parent, a jail inmate, a work colleague or a novice teacher or police officer.

In Bennett’s session titled “Renters with Mentors,” the one-time leader of a housing program for released felons in Walla Walla, Washington shared about how mentoring these individuals enabled them to afford a place to live but reclaim their sense of worth.

Not everyone who signed up for the yearlong program that exchanged rental subsidies for work on a cleaning crew succeeded, Bennett admitted. Yet many viewed the program that paired privilege with responsibilities as the jump start to their second chance.

To Bennett, the program illuminated how mentoring can propel someone past their worst mistakes. She said she never gave false praise, but always looked to find worth “in even the most broken.”

Like many of the symposium presenters, Bennett said mentors are believers in the “human possibility for change.”

They are people from all walks of life, cultural backgrounds, gender and generations able to show someone else a map of possibilities, she said.

“They’re not telling the person what road on that map they have to take,” Bennett said.

Ask Cottonwood-Oak School District Superintendent Steve King what he counts as most important in his schools: the self-esteem, value and emotional safety of students over the chase of test scores.

“I believe in hugs,” King said.

In his session titled “Trauma-informed Schools,” King was clear that when educators and staff mentor and build relationships with children, achievement follows.

Schools cannot ignore the impact of trauma on children — chaotic home life, poverty, parental addiction, death of a loved one. Families, too, need support, and to be held accountable so their children get the most out of their educational experiences, he said.

These are not easy tasks, but critical to the future of the next generation, he said.

“Create a culture in schools focused on a caring and loving environment, and that’s how kids learn best,” King said. “If kids know someone (cares) about them, they will perform.”

Yavapai Big Brothers Big Sisters Executive Director Erin Mabery said she is proud to be an everyday witness to the magic of mentoring.

At her agency’s first mentoring symposium, Mabery said she was thrilled to see so many other embracing the magic as it is experienced across this county and state.

“We all have mentoring in our hearts,” Mabery declared.

Keynote speaker Maria Cristina Fuentes talked of mentoring as the key to “building a village.”

Mentors share their “lived experiences” to enable others to forge paths of success without judgement, shame or guilt, said Fuentes, director of the Governor’s Office of Youth, Faith and Family.

“There is no wrong door to mentorship,” she advised. “It’s exactly what every community needs. It’s the human piece … to be sure we’re all thriving, and we’re thriving together.”

The Launch Pad Teen Center is all about mentoring teens into adulthood.

The leaders do it, though, not by pushing a particular agenda or prodding teens to step out of their comfort zones, although teens do stretch their limits. They do it by listening, engaging and enabling teens to be who they are and tap into their innate, unique talents that contribute to the whole.

At the two-day Power of Mentoring Symposium hosted by Yavapai Big Brothers Big Sisters on Jan. 10 and 11, Center Founder and Executive Director Courtney Osterfelt and Deputy Director Laura Tully headed up the workshop titled “Mentoring Youth into Leadership.” They shared with a group of about 15 adults how teens are incorporated into every aspect of the center’s leadership. Teens serve on the board of directors not as representatives but as full, participating members with a voice as integral to all decisions as any of the adults.

The notion behind this practice is to show teens from across the community that they are valued and valuable.

Osterfelt is clear that the center has rules, and all teen participants are held accountable for behavior, with consequences enforced when teens make poor choices.

“We’re all responsible for our greatness,” Osterfelt emphasized.

The premise of the center is to promote youth as community leaders and to do so by assuring the center is a place where teens can explore and experience who they are, what they can do, and be with their peers.

To foster leadership in teens, Osterfelt said, the staff model leadership because they require the teens to be leaders, be it in a small-group conversation, in a peer tutoring role or heading up a kitchen cleanup. One of the center rules, though, is no teen will ever be asked to do something one of the adults wouldn’t do.

“We have to walk the walk,” Tully said, noting that means sometimes the adults have to stretch their limits and be willing to be vulnerable, uncomfortable and, sometimes, downright “silly.”

At the Launch Pad, Osterfelt said, the definition of leader is also redefined. Too often, teenagers think of peer leaders as the school football captain or student body president, she said. She and her staff want all the teens who walk through their doors — some 40 a day — to know “all youth have the potential to be leaders.”

To demonstrate, Osterfelt and Tully and two of the Launch Pad teen leaders divided attenders into two group for a game where there were silent “Seers,” blindfolded “Finders” and direction-giving “Tellers.” Objects were set on the floor and the goal was for the “Finders” to pick up and use — think Hula Hoops and buckets, balls and candy.

Through lots of laughter, the exercise emphasized group dynamics, and how every person plays a role, the importance of body language, listening and how words matter.

Bradshaw Mountain High English teacher Stacy Booher said she always emphasizes to her students the importance of thinking big; to never settle simply because they think they “can’t do something.”

As a father, grandfather and Yavapai County Big Brothers Big Sisters “Big” Mike Gully said he wants to convey that each one is an individual capable of doing “anything in life.”

“You can be a success,” Gully said is his mentoring mantra. “It’s up to them, and they have the choice.”