Editorial: Tax break for veterans an idea that could cost Arizona millions 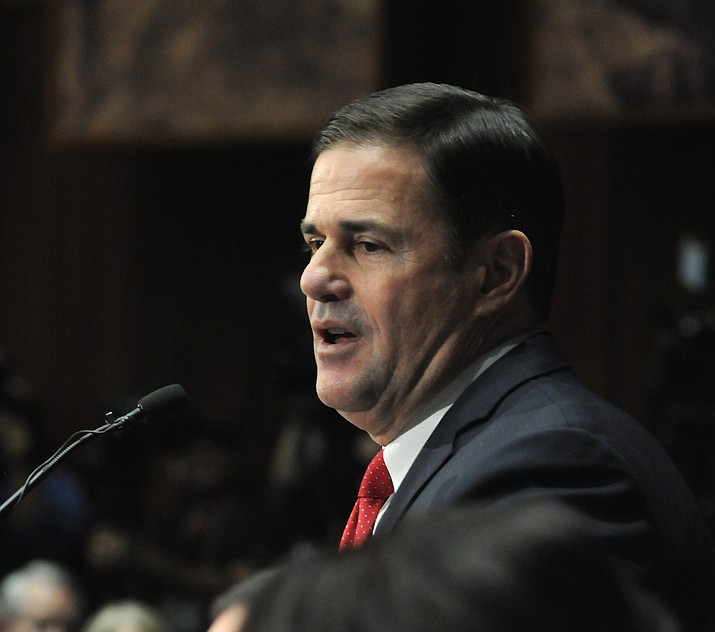 Governor Ducey's idea of a tax break for veterans in Arizona may have some unintended consequences. (Howard Fischer/Capitol Media Services)

In his sixth State of the State address Monday, Gov. Doug Ducey touched on several topics of interest for Arizona residents.

Those topics included a pledge to oppose any tax increases; hitting the reset button on the Department of Corrections and closing the state’s oldest prison; pouring additional dollars into public schools; asking insurance companies to improve coverage for mental health; and touted infrastructure projects he wants to fund moving forward, among others.

Perhaps coming in under the radar, however, was an interesting venture involving veterans and their military pensions receiving a reprieve, potentially becoming exempt from the state’s income tax.

According to the Associated Press, the move could cost the state up to $45 million, but save an average military retiree about $900 a year in a move to make Arizona a home base for all veterans.

“To all our veterans, everywhere, from California to New York state, Arizona wants you. All of you. You’ve put our country first; now with this budget, Arizona will put you first,” Ducey added later.

With an estimated 600,000 veterans already living in Arizona, at different levels of retirement, no less, will all of them get the same break? Current law already exempts the first $3,500.

This tax break for veterans is nothing new. According to a release from the governor’s office, Arizona has provided an exception from state individual income tax for the first $2,500 in military retirement pay since 1989. Arizona increased that exemption to $3,500 last year.

So what is Gov. Ducey’s plan here? To attract more veterans to the state of Arizona, meaning more guaranteed government pensions spent on our real estate, in our stores and in potential property tax revenue?

Pitching a state tax break is nothing new, just ask athletes who play in the NBA, NFL, NHL, Major League Baseball and the WNBA, who pay income tax based on where they play a game.

More money in an athlete’s pocket, or in this case a veteran, is likely an attractive perk when deciding where to settle down.

But what about public services? What about schools? How will they be effected by a $45 million gap in funding?

That has yet to be seen. The idea is surely to be a conversation starter in many legislative circles this session.

Arizona House Minority Leader Charlene Fernandez chimed in Monday following Ducey’s speech by saying, “We all respect and want to honor our veterans,” she told Capitol Media Services. “But I just keep thinking about how we could invest that in our public schools. I think our veterans would want us to invest in the next generation.”