Photos: Lending a hand to a veteran 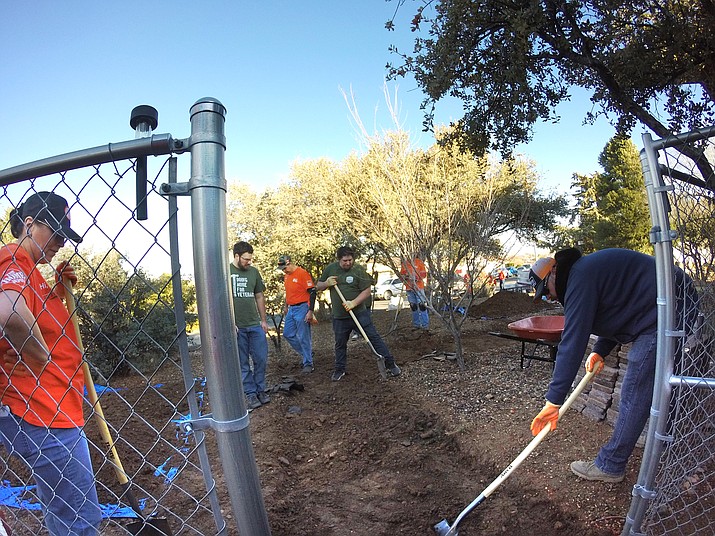 The Marine Corps League Copper State Detachment and five Home Depots from Prescott, Prescott Valley, Cottonwood and Flagstaff teamed up Saturday, Dec. 14, 2019, to allow Marine Corps veteran and multiple Purple Heart recipient Donald Allen freedom and independence to leave his house on his own and socialize with his fellow veteran neighbors by installing a concrete ramp from his back patio to a newly installed paver walkway which wraps around to the front of the house to a renovated seating area. The project also allows Allen to travel with his electric wheelchair which was previously not possible. The Marine Corps League Copper State Detachment received the grant to do all the repairs and the Home Depots furnished the material and the labor. (Bob Radcliff/Courtesy photos) 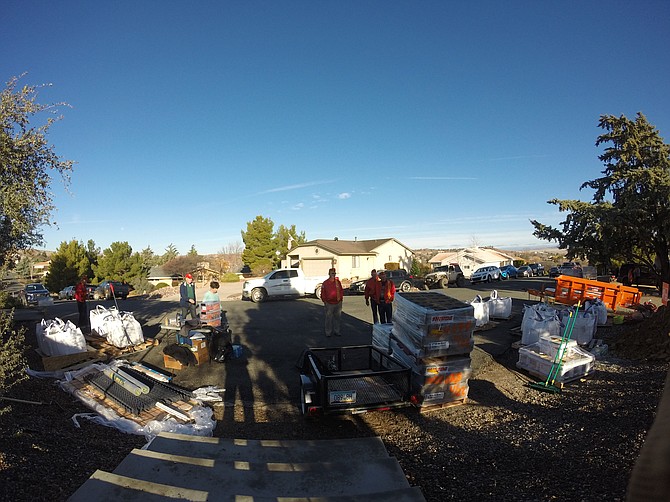 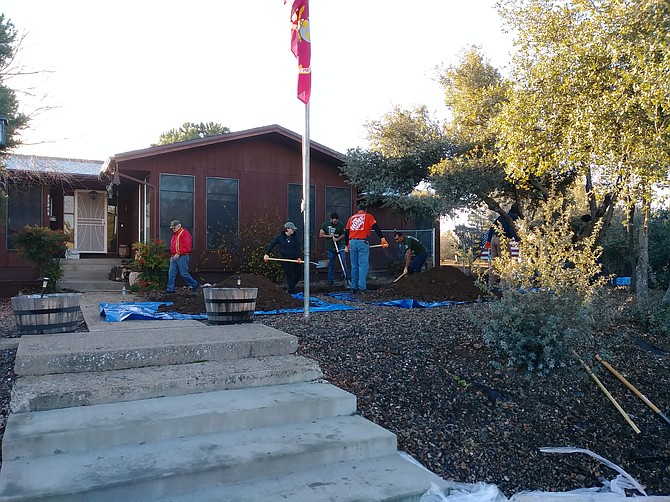