Will the former Sam’s Club in Prescott Valley ever be sold?
Walmart’s, town’s competing interests slowing the process 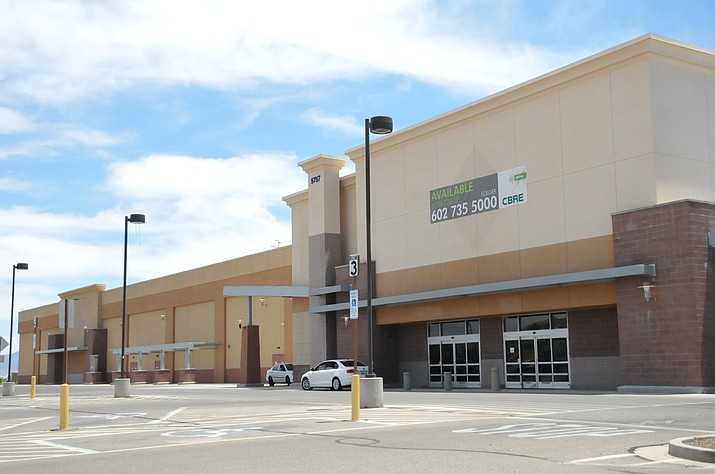 The former Sam’s Club building, 5757 E. Highway 69, on the southeast side of Prescott Valley’s Crossroads Center has been vacant for two years. (Doug Cook/Courier, file)

Both stores operated simultaneously for about four years

The former Sam’s Club warehouse on the southeast side of the Prescott Valley Crossroads Center, 5757 E. Highway 69, has become a hot property because of its prime location on the busy thoroughfare.

However, if that’s the case, then why has the building not been sold in the two years it has been vacant?

To understand the situation, one needs to realize that there are competing interests for the space.

Walmart, which owns Sam’s Club, shut down the location in January 2018. Walmart, it seems, would prefer not to sell the building to another retail- or grocery-related business for fear of creating unwanted competition. Walmart itself is also a grocery store, with three in Prescott and Prescott Valley, the latter on Glassford Hill Road.

“The former Sam’s Club building at the Prescott Valley Crossroads Center is for sale,” Walmart Director of Communications Tiffany Wilson stated via email on Jan. 9. “We are actively marketing the property and looking for the right buyer.”

When pressed on what kind of buyer or types of businesses Walmart would be interested in selling the property to, Wilson declined to comment. 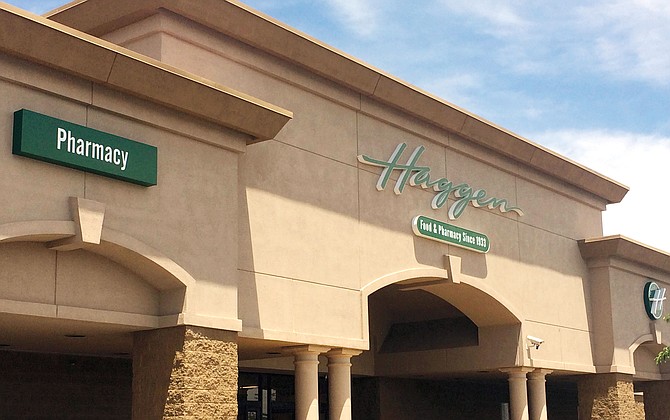 When the former Haggen grocery store on North Lake Valley Road closed four years ago, it created a void in the grocery market in Prescott Valley that remains to be filled. (Courier file)

The Town of Prescott Valley’s economic development team minces no words about its desires for the future of the former Sam’s Club property, though.

Prescott Valley wants another grocery store in town, PV Economic Development Coordinator Ben Hooper said. More specifically, the town craves a business in the former Sam’s Club that can generate a lot of sales-tax dollars. Other businesses have shown an interest in the property, but neither Walmart nor the town seem to be reciprocating.

Hooper said, during a Town Council study session in early January, that his department had completed a grocery analysis for Prescott Valley at the end of 2019.

Hooper added that Walmart has been asking $5.8 million for the 135,000-square-foot former Sam’s Club building, which he believes is too high of a price.

“Grocery store recruitment is the most important [part of our current agenda],” Hooper said of his department. “We need to find a direction for the former Sam’s Club. It’s a threat to the viability of the Crossroads Shopping Center.”

When town officials learned that WinCo Foods, a Boise, Idaho-based supermarket chain, wanted to buy the former Sam’s Club, they were excited. But Walmart, it seems, couldn’t come to an agreement to sell.

And, so, that brings us back to what transpired at the former Albertson’s and, later, the Haggen grocery store on North Lake Valley Road in the heart of town. When Haggen closed for good four years ago, it left a pretty big hole in the market here, leaving Fry’s, Safeway and Walmart as the only grocers in town.

In January 2019, the Courier reported that the Heights Church in Prescott had taken possession of the former Haggen building, although the building is expected to remain vacant until September, Hooper said.

Hooper added that the Heights’ Prescott Valley church could bring upwards of 1,000 residents into the town’s central business district on Sundays, which should give the local economy another shot in the arm.

Meanwhile, town officials hope the situation with the former Sam’s Club building can be resolved in 2020.

It will likely take a meeting of the minds, between the town and Walmart, to determine an amicable solution for both sides.

Editor's Note - this article has been updated to reflect when the Sam's Club was closed, and to clarify Walmart's competition.