What did we do on holiday break? A toilet paper pyramid 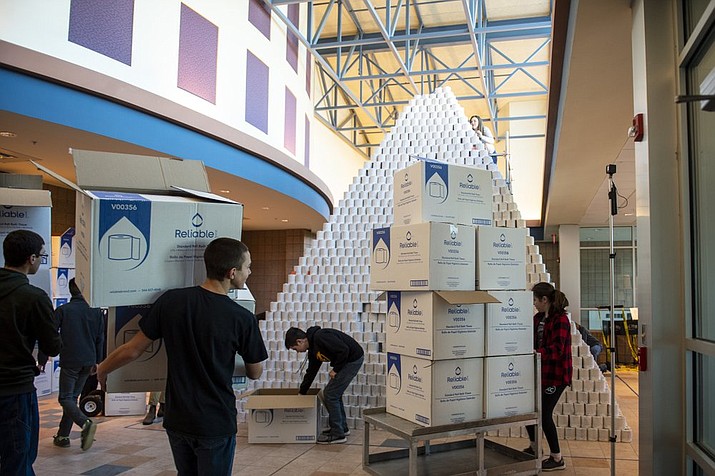 MIDLAND, Mich. — It’s not what the Egyptians had in mind but it worked: A group of Michigan high school students made a pyramid out of toilet paper — 27,434 rolls.

It took 16 hours for students to assemble the pyramid at Bullock Creek High School in Midland County. They are hoping to be recognized by the Guinness Book of World Records and sell the toilet paper as a fundraiser for the 20-member robotics team. 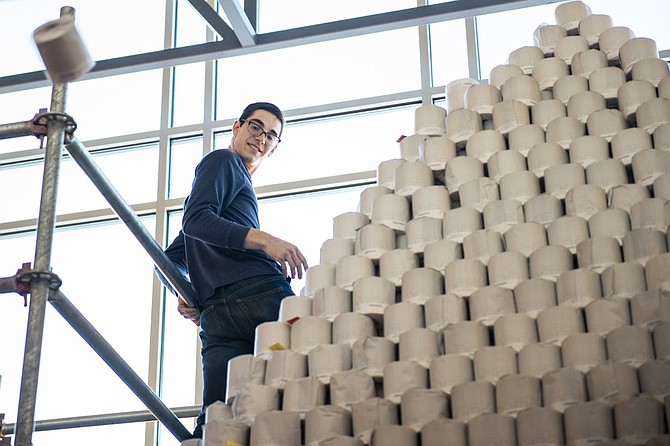 “There was a lot of excitement when we got to the last few layers, but the final roll at the top was actually pretty anti-climactic,” Maxton Herst told MLive.com. “Every single roll you place, you want it to be in the correct spot. It was just kind of mind-numbing work.”

Herst got the idea three years ago after seeing a similar pyramid on YouTube.

The students built the pyramid during holiday break. The robotics team began to dismantle the pyramid Monday, the first day of classes after the holidays. Rolls of the two-ply toilet paper were placed into 96-count boxes for purchase. 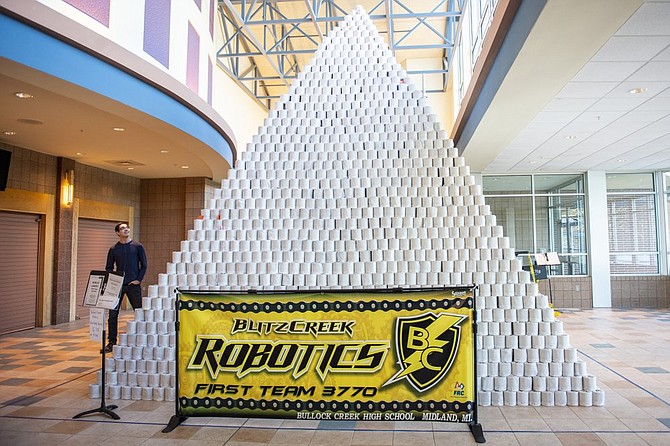