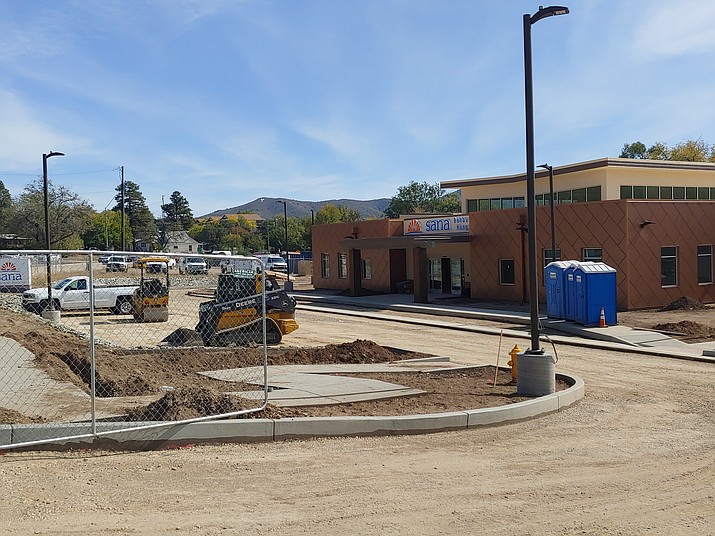 The Prescott City Council is expected to accept a water-line easement agreement from GPS Properties LLC for the new Sana Behavioral Hospital, 181 Whipple St., which is pictured here in October. (Doug Cook/Courier, file)

The City of Prescott’s water expert plans to tell council members that because of improved efficiency, the city is using less water today than it did 15 years ago, when the City Council meets for a study session at 1 p.m. Tuesday, Jan. 14.

After the study session, the council will conduct its regular meeting at 3 p.m. inside chambers, 201 S. Cortez St.

Prescott Community Outreach Manager John Heiney said Gary Woodard, the city’s consultant on water who was hired within the past year, will report that residents are using less water because of more efficient household appliances and xeriscaping (landscaping requiring less irrigated water).

This news comes despite the fact that Prescott’s population has continued to grow at a clip of 1.5% to 2% per year, Heiney added.

Woodard incorporated his data on water usage into a water-trend analysis, which will be discussed at the study session.

Also during the session, there will be a presentation on the potential for outsourcing some of the city’s building services. City officials say they are trying to determine how many employees they need to meet year-to-year demand for housing permits.

An update on the 2020 Census will conclude the study session.

During its subsequent regular meeting, council plans to:

• Hear an update from Tyler Goodman on happenings at the state legislature.

• Approve the city’s 2020 Strategic Plan, which was discussed in December.

• Approve four city contracts, including, but not limited to: a $43,800 contract with ePlus Technology Inc. for annual operation and maintenance of the city’s computer network/server; an intergovernmental agreement with Yavapai College for the Northern Arizona Regional Training Academy (NARTA) to continue training Prescott police officers; a $3,200 grant to buy five pieces of police body armor; and a $68,000 contract with Tiger Corporation to buy an Extreme Duty Triple Flail Mowing System for Prescott Regional Airport.