Truck rolls after crashing into parked SUV in Prescott Valley 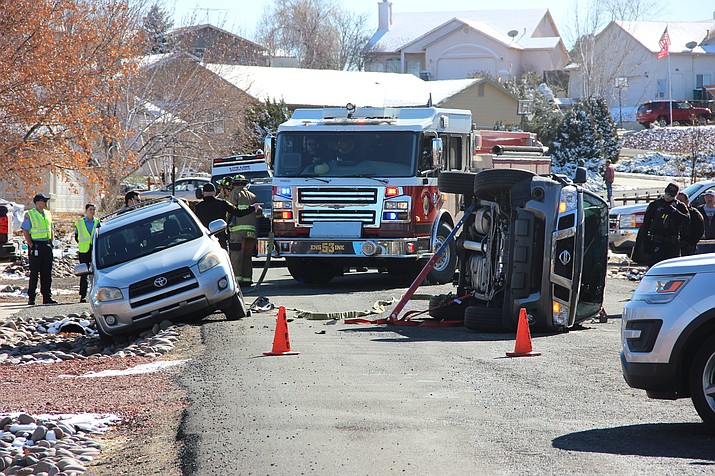 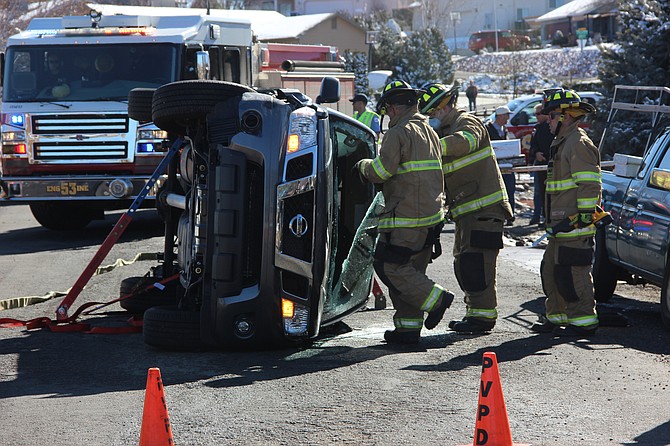 An elderly man had to be extricated from his rolled-over truck after driving into a parked, unoccupied SUV along N. Long Rifle Rd. in Prescott Valley Friday afternoon, Jan. 10.

Prescott Valley Police Department Traffic Officer Jake Lichlyter said the SUV was properly parked and the driver of the truck didn’t appear to be impaired.

“He just hit it and it rolled him right over,” Lichlyter said.

Firefighters with the Central Arizona Fire and Medical Authority were able to get the elderly man out of the truck through the windshield.

The man was walking and talking when they pulled him out. Life Line ambulance checked him for injuries, but he ended up not needing transport to a hospital.

Long Rifle Rd. was closed to thru traffic between E. Long Mesa Dr. and N. Saddleback Dr. for about an hour while first responders cleared and investigated the scene. 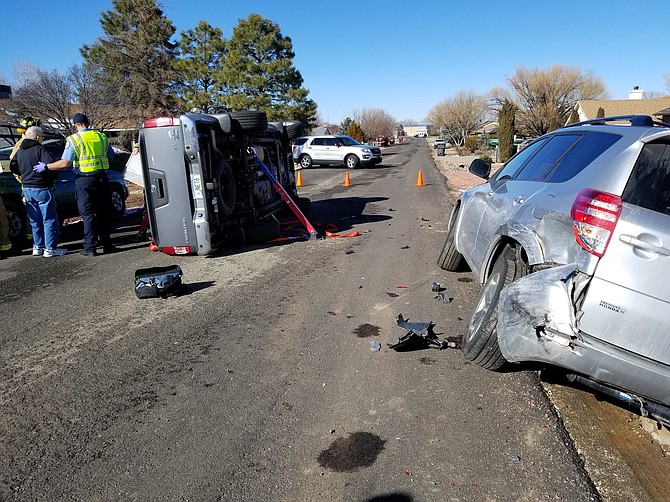