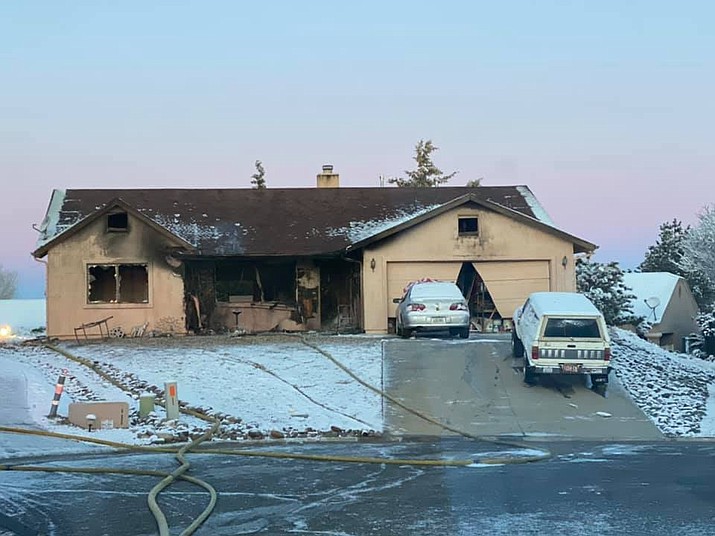 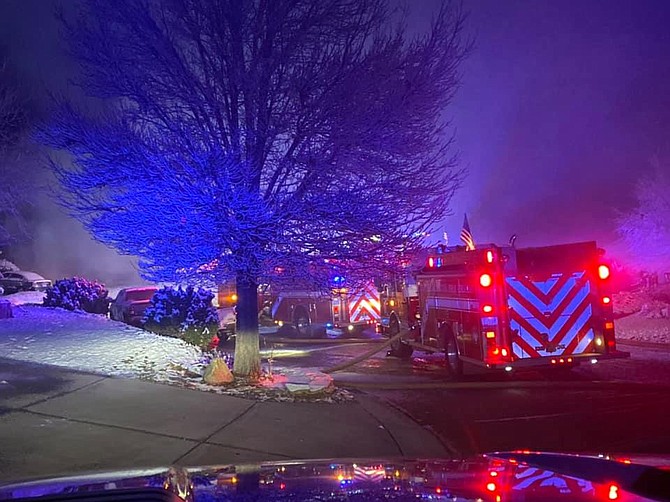 A single-story home in the Viewpoint subdivision in Prescott Valley is considered a total loss after a structure fire early Friday morning, Jan. 10.

Central Arizona Fire and Medical Authority (CAFMA) personnel responded to the fire in the 7000 block of N. Summit Place around 5:20 a.m.

By the time they got there, the building was already about 50% involved in flame, said Rick Chase, CAFMA’s fire marshal.

The only person in the home managed to get out before CAFMA arrived due to a smoke alarm going off, Chase said. The person had minor injuries and refused treatment or transport to a hospital.

An engine company from the Prescott Fire Department responded to the scene, as did several Prescott Valley Police Department units and two Lifeline Ambulance crews.

A total of four engine crews, one truck company, one battalion chief and a fire investigator responded.

Crews remained on the scene for several hours to ensure the fire was completely out and to investigate the cause, which has yet to be determined.

“Please check your smoke alarms to ensure they work,” Chase said. “Remember, only working smoke alarms can save your life.”