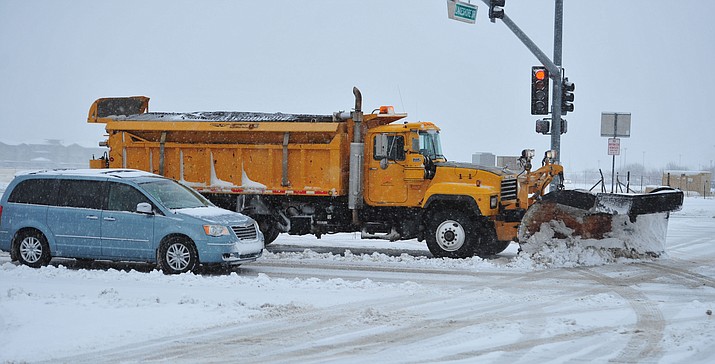 A storm system is expected to hit the West Coast on Thursday, Jan. 9, according to the National Weather Service Prediction Center.

While heavy snow is predicted for the Cascades with another round of moderate to heavy rain for lower elevations of the West Coast, the Prescott, Arizona, region can expect a 30% chance of snow on Thursday followed by a 50% chance of snow Thursday night.

Local accumulations are not expected to exceed one-half inch of snow, according to the National Oceanic and Atmospheric Administration (noaa.gov).

The storm system is expected to spread colder temperatures into the West while a significant warming trend develops from the Southern Plains to the East Coast through the end of the week.

The cold front over the West will be slow to advance on Thursday, stretching from western Texas into the Great Lakes region.

Weather in Arizona on Friday should return to sunny skies and clear overnight.