Over 400 pounds of marijuana found abandoned near Rimrock, Sedona
Source of drugs not yet determined 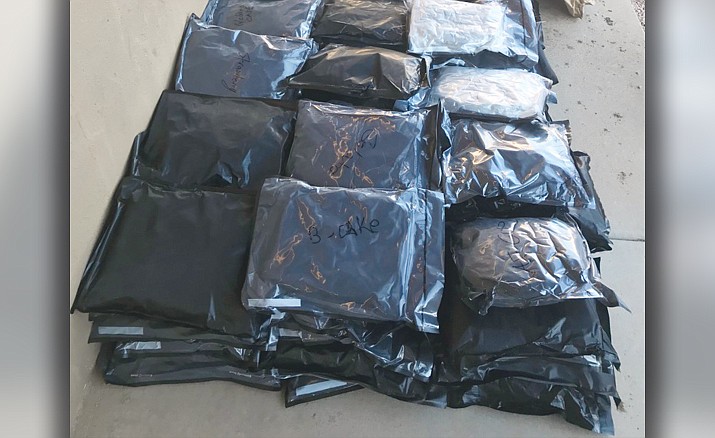 Over 400 pounds of marijuana found abandoned in Yavapai County on Jan. 3, 2020. (YCSO/Courtesy) 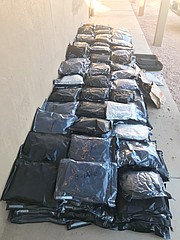 Over 400 pounds of marijuana found abandoned in Yavapai County on Jan. 3, 2020. (YCSO/Courtesy)

Two significant stashes of unattended marijuana were found independently within about 30 miles of each other in Yavapai County on Jan. 3, according to the Yavapai County Sheriff’s Office (YCSO).

The first find was reported around 8 a.m. United States Forest Service personnel came across what they initially thought was a pile of trash on US Forest Service land outside of Rimrock. It was instead over 30 vacuum-sealed packages of marijuana weighing a total of about 48 pounds, YCSO reported.

During a search of the area, deputies with YCSO located another package that contained several sheets of pre-packaged THC wax, a concentrate made of extracted oils from the cannabis plant.

Partners Against Narcotics Trafficking (PANT) detectives were contacted and took over the investigation.

Then at about 2 p.m. the same day, PANT detectives were notified by the Sedona Police Department that more packages of marijuana had been discovered in a wooded area within city limits.

The packages were similar to those found near Rimrock, but this time there were 230 of them, YCSO reported. Each weighed 1.5 pounds, totaling 357 pounds. A package of THC wax weighing 7.5 pounds was also located.

The investigation into both seizures is ongoing.

“No definitive determination has been made as to the source at this time,” YCSO spokesperson Dwight D’Evelyn said.

Anyone with information regarding the packages and/or suspect(s) involved is urged to call Yavapai Silent Witness at 1-800-932-3232. A direct tip that leads to arrests in this case becomes eligible for a cash reward.

“Please remember that if you come across materials like this, alert law enforcement immediately,” D’Evelyn said. “Contraband loads may be booby-trapped and/or may contain dangerous chemicals/additives which could be harmful to humans. Don’t take a chance, especially if it is not clearly evident as to the content upon sight.”