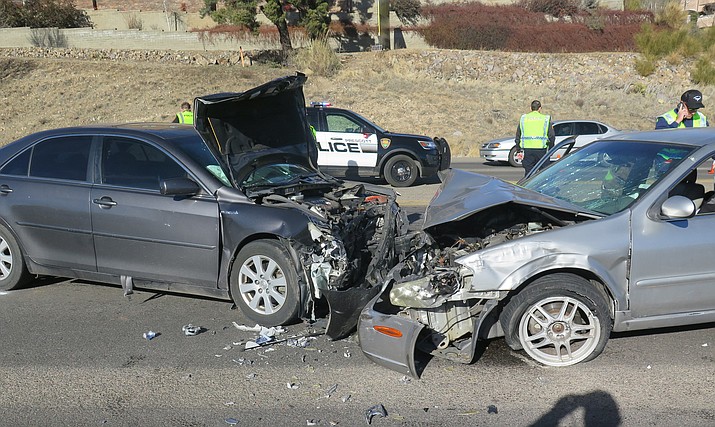 One person is dead and several others were injured in a four-vehicle crash on Highway 69 near the intersection of Walker Road on Sunday, Jan. 5, according to the Prescott Police Department (PPD).

Around 1 p.m., a vehicle driven by 55-year-old Nathan Souders of Chino Valley was traveling west on the highway when he crossed left of center, causing his vehicle to strike the left rear corner of a vehicle traveling eastbound, police said in a news release.

Continuing to veer left, his vehicle then struck the right front and side of another eastbound vehicle before colliding head on with a fourth vehicle in the eastbound lanes, the release states.

The highway was closed in both directions for several hours while officers conducted their investigation and patients were treated and transported from the scene by ambulance. 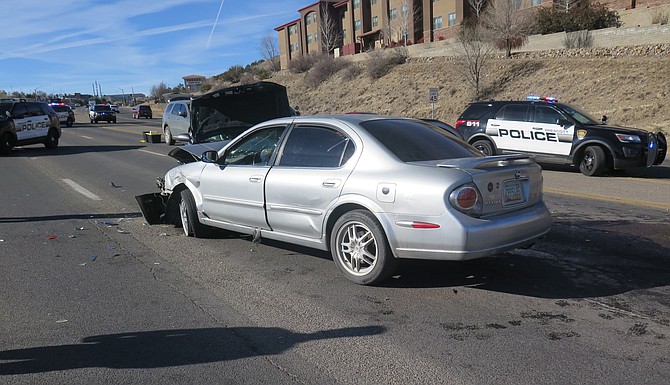 Highway 69 was closed in both directions for several hours while officers conducted their investigation and patients were treated and transported from the scene by ambulance. (PPD/Courtesy)

Souders was transported in critical condition and later pronounced dead at the hospital, the release states. All other patients were treated for minor injuries.

The cause of the crash is still under investigation. Police said impairment does not appear to be a factor.

Witnesses of the crash are asked to contact Lead Police Officer Mark Parker at 928-777-1988.