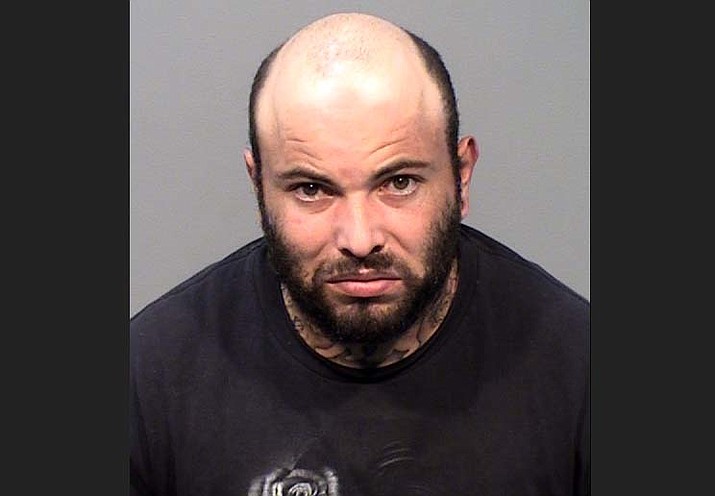 The Prescott Police Department (PPD) has arrested a registered sex offender for allegedly molesting a 14-year-old girl in Prescott.

Randy Joseph Jarrell, 30, of Chino Valley was babysitting with his wife at a home on Copper Basin Road in early July when the incident allegedly occurred, according to a PPD news release.

The victim reported that she fell asleep on a couch in the home and woke up to find Jarrell rubbing his hand on the outside of her genital area.

She stated she immediately removed his hand and went to tell others in the house what happened.

Police were called and they detained Jarrell so detectives could question him at the station. Throughout that interview, the release states, Jarrell denied touching the girl.

He consented to collection of his DNA, and the victim was also transported to the Yavapai Family Advocacy Center for a medical exam. Jarrell was released from custody at that time pending the lab results.

The results came in on Dec. 17 and indicated that the DNA profile from the victim was a mixture, with the major component being a match to Jarrell’s DNA profile, the release states.

With this information, PPD detectives located Jarrell and arrested him. He was again interviewed and again denied the allegations.

Given the sexual assault exam results, detectives booked Jarrell into the Yavapai County jail on one count of child molestation.

Jarrell was a level 2 (intermediate) sex offender at the time of the alleged offense.

This classification stems from an arrest in April 2010, in which he was charged and convicted of sexual conduct with a minor.

In that case, he was sentenced to probation for three years but was later charged and arrested in June 2013 when he failed to register as a sex offender in Yavapai County.

He then served three years in the Arizona Department of Corrections and was released in July 2016 without being placed on probation or parole.